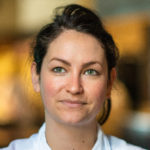 Susana had a passion for desserts and knew that the best place to fine tune her pastry skills would be the birthplace of patisserie: Paris, France. This made selecting Le Meurice for her stage an easy choice.

What motivated you to choose Le Meurice for your stage?

At the time I learned about Ment’or’s Grant Program, I had only really worked in the city that I had grown up in, Austin. Austin is a rapidly growing city and the food scene was the same. I had a good understanding on the farms, ingredients, people, and restaurants. I had become the executive pastry chef of Odd Duck and Barley Swine, but it was up to me to grow, learn, and teach at my own accord. My passion was plated desserts and lamination - I loved that I could do fine dining and casual through both restaurants as well as brunch! So this to me made Le Meurice a perfect fit. It was a place that I could learn high volume, quality, French desserts and pastries in the birthplace of patisserie, Paris.

Can you outline what your responsibilities included during your stage?

I began my one-month stage at Le Meurice in August, which was perfect because it is the slow season for everyone. I arrived the day before I was scheduled to start, so I had minimal time to get my bearings on the city. On my first day, I was introduced to the entire kitchen staff then taken back to the pastry kitchen. Le Meurice is an updated 19th century palace, so needless to say it’s a huge maze of luxury. The first day was a blur of trying to understand everyone and finding my way – it took me a week to figure out my way around. I was trailing a young man name Batiste. He was in charge of mixing and scaling all things dough. This position was called ‘tur.’ Batiste and I lined at least 400 tarts every day. I was able to finesse my tart lining skills while watching everything in the kitchen. My responsibilities grew as I became more comfortable and confident. I began assembling the basque tart every day, a task I had taken over from Ilene, the other grantee. I was also responsible for the ‘tea time bake.’ This included baking off scones, cookies, and the basque, then moving into decorating. I was also tasked with putting away produce and dry goods, a less glamorous job but ultimately helped me navigate the kitchen better. This was something that happened every day. With the dessert being hyper fruit focused they needed the best of the best delivered daily. My plate was full and each day flew by.

Not only did I learn techniques in this stage but also I was able to see cooking from a different culture. I was impressed by the young age and dedication of all the chefs there. They were fast, hard, efficient, and driven, something you expect every chef to be but is not the case. This was also the largest team I had worked with. They had a lot of space but filled it quickly with people and tasks. There were multiple managers: one oversaw day to day tasks or “the list.”. There were one or two sous chefs that would come in later in the day and stay through PM service, one person was stationed upstairs for breakfast service, and one for tea time, which left anywhere from eight to ten people on production. A sous chef’s job is only to oversee production, not to do production, which gives them the ability to see everything. The schedule gave the younger chefs a decent quality of life and was more sustainable for a longer period of time. I am grateful to have been given this opportunity. I was able to travel to the birthplace of cooking. I saw and worked in a kitchen run the French way while learning a tiny bit of the language. Not only has my appreciation and respect grow for French food but French chefs. It was a dream come true to completely submerge myself in Paris: living in the city, taking the metro every day, working in a palace while also getting to enjoy the city itself. I wouldn't have changed anything about my experience if I could and am pleased to have been given the opportunity. 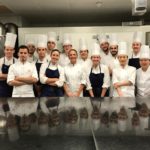 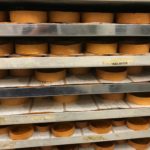 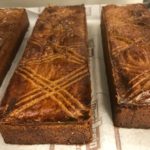