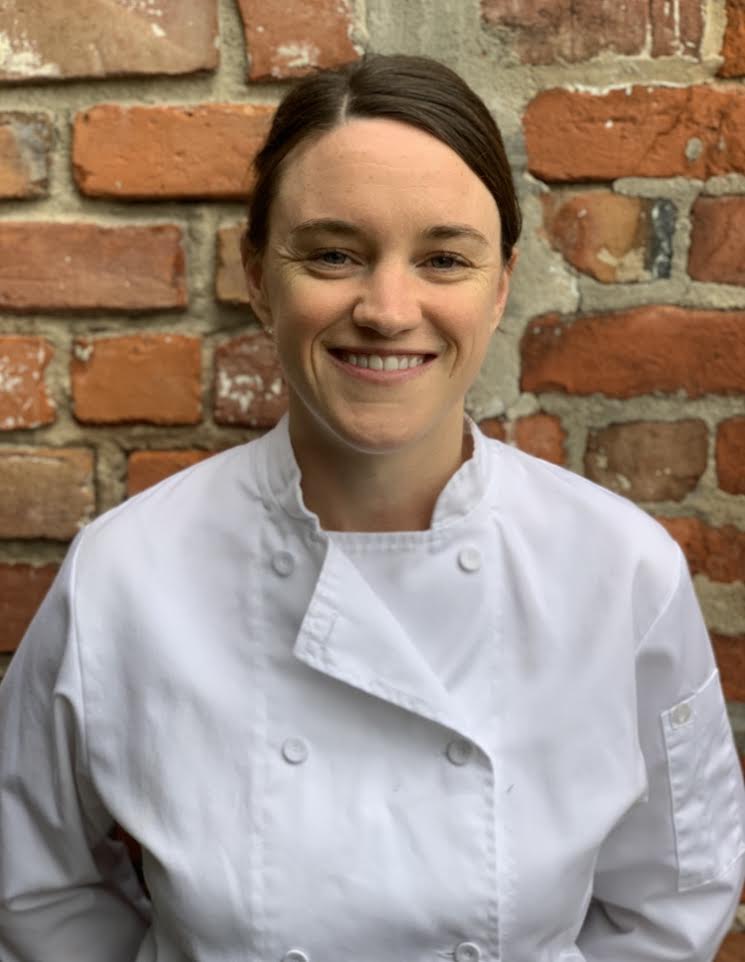 Briana spent her stage at Bo.Lan in Bangkok, Thailand. As an undergraduate student, she developed a love for Thai cuisine and a desire to gain new insights into ingredients and cooking techniques she had yet to encounter in person. Her stage allowed her to visit the source of the cuisine that inspires her the most, as well as expand her overall knowledge of varying culinary practices and food sustainability across the globe.

What made you want to Stage at Bo.Lan in Bangkok?

I became interested in Thai food when I was an undergraduate student living in Portland, Oregon. This was long before I was a professional cook.  I was studying English at Portland State University when I ended up eating a bowl of Khao Soi Kai at Andy Ricker’s PokPok restaurant.  Something lit up inside me with that bowl of northern Thai curry noodle soup.  From there, a winding path led me from working with farmers on water rights to graduate school at Boston University's Gastronomy Program, where I studied food writing; to a year of cooking at the Culinary Institute of America in New York; and finally to Peche Seafood Grill in New Orleans, where I've worked as an intern, cook, and now Executive Sous Chef.

It was during my early educational period at Peche that I discovered the Ment’or Grant opportunity and applied to study cooking in Thailand.  After watching a documentary on the restaurant owned and operated by Chef Duangporn “Bo” Sonvisava and her husband Chef Dylan Jones, I requested a two-month-long stage at their Bangkok restaurant, Bo.Lan.  Watching the documentary gave me a sense that I would be working with a knowledgeable staff who cared about where their ingredients came from as well as their sustainability.  Also, Bo.Lan had a fine-dining restaurant that featured a tasting menu. I hadn’t worked in a restaurant offering a tasting menu before so it was a good opportunity to broaden my perspective in more than one way.

After arriving at Bo.Lan in January 2020 and working directly with not only Chef Bo and Chef Dylan, but also their skilled staff of cooks and 6-7 other interns, I discovered that the chefs owned a second, more casual restaurant called Err Urban Rustic Thai.  Err was a very tiny restaurant without a lot of prep space, so a large amount of the prep for that restaurant took place in the Bo.Lan kitchen.  Err became one of my favorite places to eat in Bangkok, with an a la carte menu and lots of street-food inspired choices. As a result, I quickly began splitting my time between learning about the food preparation for Bo.Lan and Err.

The staff of both restaurants were very open to both teaching and sharing information/ recipes, for which I am extremely grateful.  A general day at Bo.Lan would go something like this:  a cook would grate and press coconut to produce fresh coconut milk for the day; we would sort through and caringly store the produce and other product that arrived; and prep would begin, with tasks like cleaning and grilling banana leaves for wrapping, making steamed dumplings, processing longan fruit, pounding out curry pastes by mortar and pestle, and/or placing jasmine flowers in water that would later be used for dessert recipes or made into a jasmine simple syrup.

At the midday point, we would break for family meal.  Preparing family meal was a job that rotated between all the cooks.  I felt very lucky to assist with family meal once or twice, where under the direction of a cook I would help prepare a Thai meal.  Family meal was prepared daily and all of the staff sat outside in the courtyard to eat together. After family meal, we finished prep and prepared for dinner service.

At the start of each guest’s meal, they were invited back into the kitchen for their first bite of food, a chance to personally meet with the chefs and cooks, as well as get a behind-the-scenes look at where and how their food was prepared.  During my two-months at Bo.Lan, I was able to assist on all of the stations.  It might sound a little strange, but my favorite station was the salad station.  Salad (i.e., “yam”) was a very dynamic and involved station where we prepared things like “salad of pak bara squid with spicy red chilli dressing and star fruit” or “salad of grilled Songkhla lake crayfish and long aubergine.”  There was a lot of technique and care that went into the salad dishes and the salads I learned to make in Thailand were very different from the salads I had learned to make in culinary school and at the restaurants where I had previously worked.  As David Thompson writes in his cookbook, “Yam has none of the connotations of cool green leaves dressed with a mellow vinaigrette that denote a Western salad.  Rather, a Thai salad is a lively assemblage of ingredients.  These can range from very ancient and simple, like minced meat or fish…, blanched squid dressed with lime, chillies and fish sauce, or a quenching bean sprout salad to the exceedingly complex, such as a rich and smoky curry-like dressing over shredded vegetables, prawns and chicken.”  Even though the salad station was my favorite, all of the stations provided new and fascinating information about texture, cooking techniques, flavor, ingredients, etc…

At the close of service we cleaned the kitchen and ended the day nearly the same way we had started it: by cooking the coconut milk that had been processed in the morning until it reduced down to a thick, creamy texture that would be used for curries the following day

One of my favorite parts of staging at Bo.Lan is that it provided real-life exposure to things I had been reading and studying about for a long time.  One of my favorite books about Thai cooking is a giant neon-pink book called “Thai Food” by Chef David Thompson. I poured over this book for years before I ended up in Bangkok with Chef Bo, who had once worked with David Thompson at his restaurant when she herself was training to be a chef.  Chef Dylan helped me connect with other chefs as well, such as Chef Prin Polsuk of the restaurant Samrub Sambrub Thai, who took time to share information with me and invited me to have drinks with him, his wife and his cooks one night after their restaurant had closed down for the evening.  These unexpected experiences are something that I will always treasure!

Another big takeaway from my stage at Bo.Lan is that they put a lot of intention behind where ingredients came from, how they were processed, and the relationship between restaurants and the environment.  Bo.Lan had a person on staff whose job was to help maintain an on-site restaurant garden, carry out educational work with local schools/groups, and help make Bo.Lan and Err more environmentally conscious restaurants.  Bo.Lan also had its own market inside the restaurant where they sold bottles of high-quality house-labeled fish sauce, palm sugar, etc… On the last day of my internship, chef Bo sent me home with some of these items, including a very delicious shrimp paste that I couldn’t access back home in New Orleans.  I am nearing the bottom of my bottle of Bo.Lan fish sauce and it gives me a bittersweet feeling every time I see it there (almost empty) on my shelf.

When I arrived in Bangkok, I hadn’t expected there to be so many other interns staging at Bo.Lan.  Interns had arrived from many different parts of the world and this added a lot to the overall experience.  I had the chance not only to learn new things alongside others who were also learning them but also the opportunity to hear a collection of different perspectives on cooking too.  Some of us would hit the streets of Thailand to eat and explore after work, exposing ourselves to as much as possible while there.  My family also met up with me in Thailand and we had the opportunity to visit a coconut farm and travel to Chiang Mai, a city in northern Thailand, to eat at places that had inspired some the dishes I had been enamored with all those years ago at Andy Ricker’s PokPok restaurant in Portland, Oregon.  It felt, in a way, that I had come full circle.

I look forward to hopefully returning to Thailand someday soon.  I can’t thank Ment’or enough for the incredible opportunity.  It is a time and an experience that I will never forget and I look forward to sharing what I’ve learned back in New Orleans. 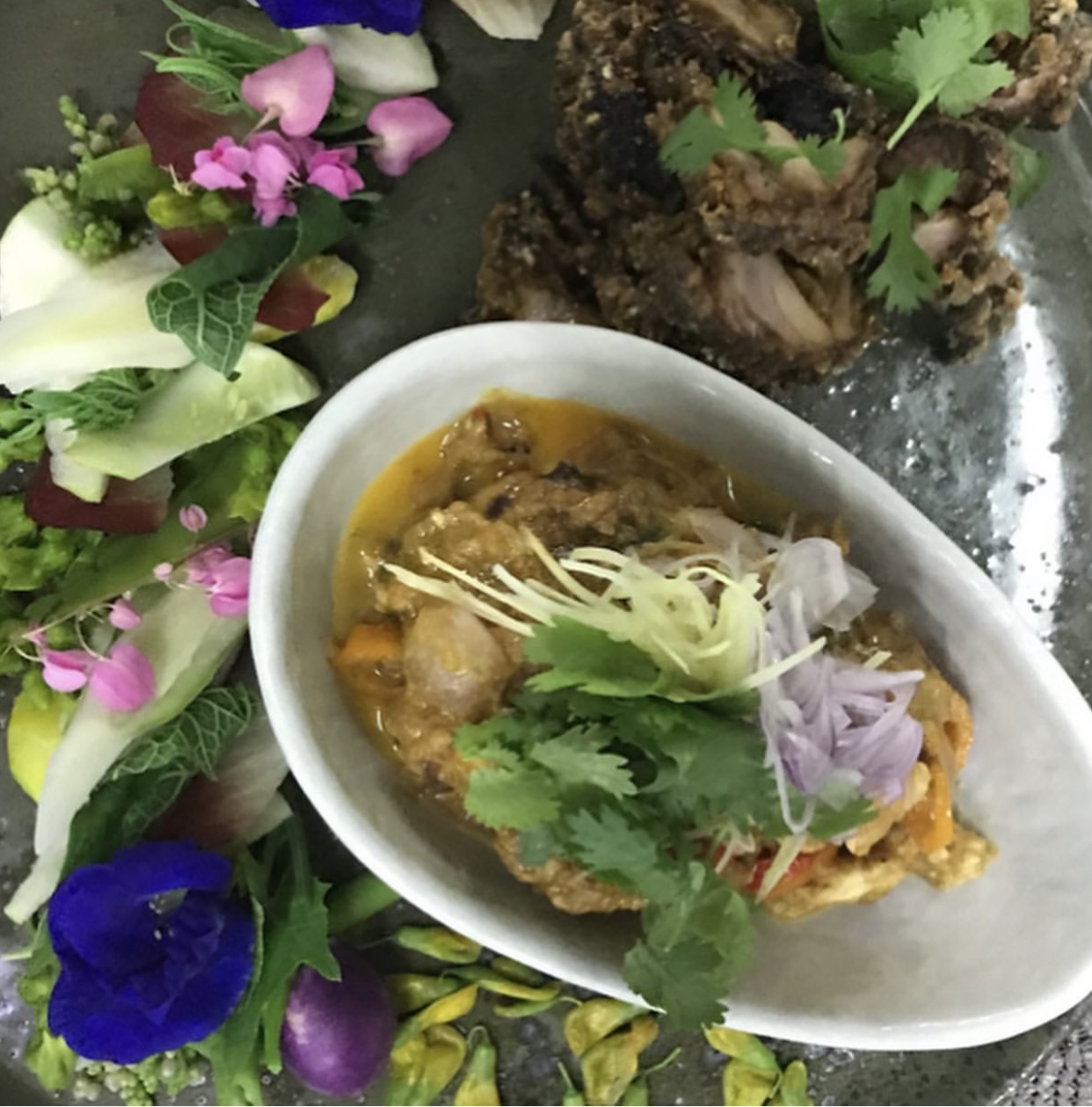 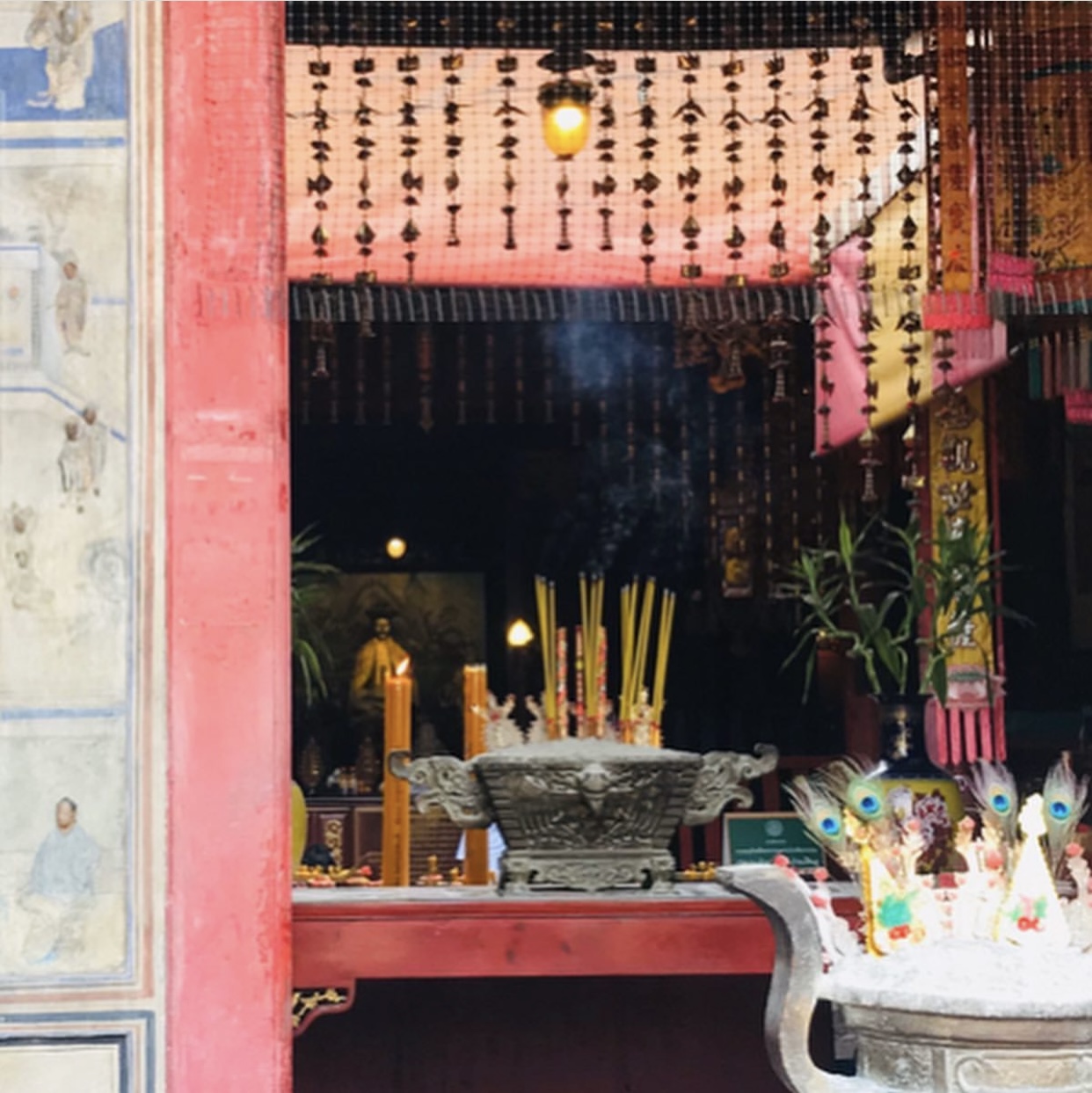 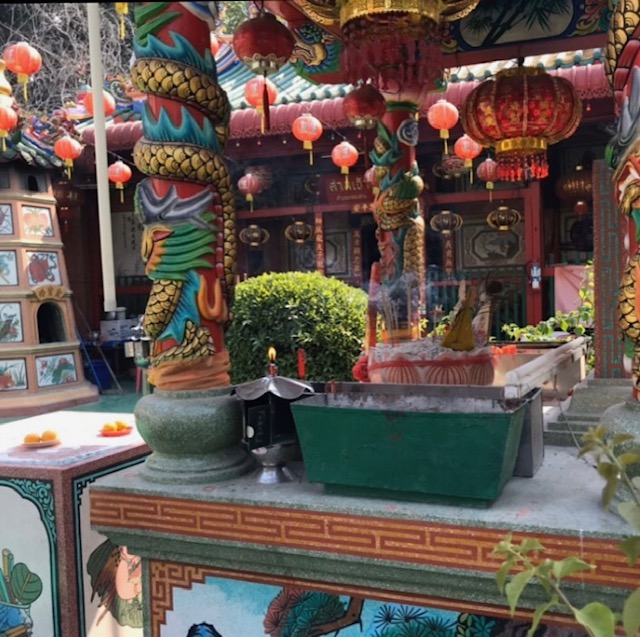 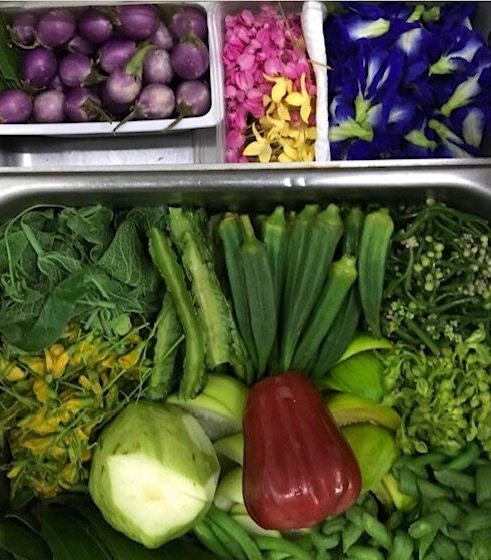