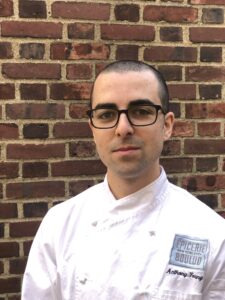 Anthony Young went to stage Brae Restaurant in Birregurra, VIC, Australia to further his knowledge on sustainability and to push himself past his comfort zone in pastry.

Why did you choose Brae as your stage location?

Brae is a restaurant whose progress I had been following for a couple of years. Especially given  my past experience as an intern at Blue Hill at Stone Barns, I’ve always been interested in local,  regenerative agriculture and restaurants with a focus on sustainability. The local food scene in

and around Melbourne is really progressive in those respects, and  I hoped to be inspired by how the restaurant and nearby food  producers are using local ingredients to create great products.

The other aspect that was important for me as a stagiare was to  push myself and do something that was totally different from the  work I do on a daily basis. At Brae, I had the opportunity to work  with both the savory and pastry sides of the kitchen and  participate in both service and production. To be doing that at a  restaurant of that caliber was something I hadn’t experienced for  a few years, and with my management experience it allowed me  to see everything from a different perspective compared with when I was a less experienced cook.

What did you get to do as a stagiare at Brae?

After a tour of the property and being introduced to the team on my first day, the Head Chef, Damien, turned to me and asked something like, “So you don’t  want to just do pastry while you’re here, right?” Being a pretty small team of ten, and only one  person permanently on pastry, this didn’t entirely surprise me, but as a pastry chef with very  little professional cooking experience there was a moment of self-doubt when I wanted to  project confidence and open-mindedness. I responded by telling him that I was more than  happy to help out wherever I was needed, which was true, and I’m really fortunate to have  been trusted to spend two weeks on the hot/mains section, two weeks on the cold/larder  section, and one month on the pastry section.

The average day began with the entire team participating in “group jobs” for 1 ½ to 2 hours.  These tasks would be time consuming and menial for one or two people to do on their own, so  the team of 6-7 working on that day would do them together. Tasks like shucking peas, peeling  and cleaning parsnip skins, cleaning zucchini seeds, peeling tomatoes, cleaning mussels,  trimming asparagus, and breaking down lobster would be quickly and efficiently completed as a  group. This way, everyone from each section participates in everyone’s prep, and each member of the team pushes each other for speed. Typically, someone will break away from the  group about five minutes before the task is finished to set up for the next task, so that the  group can immediately move into whatever prep is next.

Upon the completion of group jobs, the team would  break into sections to finish the prep of their station  before service starts. Depending upon whatever  section I was in, I’d be doing some smaller prep jobs  like portioning herbs and garnishes, preparing prawns  for tartare, peeling potatoes for fried potato cakes,  etc. Because I spent a whole month on the pastry  section, I was able to fall into a routine and work with  one or two team members on sifting fresh-milled  whole wheat flour, cutting and building macadamia  nut parfait, portioning fruit for service, picking and  washing fresh plums and strawberries for service,  making cultured milk and cream, organizing the  station for service, making jams, pickles, and other  items for the on-site luxury accommodations, and  scaling and mixing recipes such as ice cream base,  parfait, croissant dough, pastry cream, and various  biscuits and crumbles. The more time that I got to spend with Enza, the pastry chef de partie, the more she was able to trust me to complete tasks  on my own and give me more prep to complete.

What are some lessons that you will take away from this experience?

The first major principle that I’ll take away from my time at Brae is the importance of  environmental sustainability and the role that chefs play in caring for the Earth. I hope to take  what I’ve experienced at Brae and Melbourne as a whole and apply them to the local food  system in the United States to build relationships with farmers who participate in responsible, regenerative agriculture.

Another lesson that was extremely valuable to see was the management style and vision of Dan Hunter and Damien. Because it’s such a small team, everyone has to push really hard to prepare for and execute the service, but every team member always  took the time to clearly explain to me how to complete a task in such a way that I was set up to be successful. I think the clarity of the communication within the entire team made my stage so much more rewarding. I was welcomed into the team in such a way that I didn’t feel like a stagiare stuck out in the back peeling carrots all day; I was given real  and important prep to do and was trusted to complete the task as well as one of their full-time  chefs. The management of the team with group jobs and cross-over between stations made it  feel like one cohesive team rather than a bunch of independent stations, which was something that I hadn’t seen very much of before but hope to carry with me as a manager moving  forward.

Which dish at Brae stood out to you the most?

The “Brae Farm Vegetable Garden” is one of the best dishes I’ve ever eaten. It’s a dish composed of that day’s harvest of vegetables, herbs, and flowers from the garden on the property. There are often upwards of thirty different species on the plate, each one picked, washed, and prepared with care and attention to detail. Some items are served fresh, while others are blanched, charred, seared, or salted. Everything is lightly dressed in pistachio milk to add just a bit of body and bind it together. The result is a beautiful dish with the freshest produce available, where no two bites are the same. For me, this was the epitome of what Brae is and what so called “farm to table” cuisine can be.

Another super impressive dish is the bread and butter served in the restaurant. The bread  starts with wheat that was grown and harvested on the property. It’s milled fresh daily and  sifted by hand, mixed with rainwater and sourdough starter, fermented, shaped, and then baked the next day in the brick oven just outside the kitchen door. One of the chefs has to light the oven first thing in the morning by filling it with locally “foraged” dead wood, lighting a fire and letting it burn down to coals, then sweeping and cleaning the oven to bake using the intense heat that’s been absorbed by the bricks. Once the bread is finished baking, they’ll often roast chickens or ducks for service using the remaining heat. The bread is served very simply with housemade butter churned from cultured cream. The cultured cream starts with local, organic cream that’s had a milk culture added to it. It’s a very simple and humble offering for guests, but when you realize the steps that have been taken to get a really high quality sourdough bread made from freshly milled flour, it makes it a really  special experience.

What will you remember most about your stage experience?

There were so many great lessons that I learned, dishes that I ate, and techniques that I was  exposed to. The thing that I will always remember, though, are the people that I met and  interactions I had. Australians are some of the kindest, most welcoming people I’ve ever met.  From day one, everyone on the team welcomed me as one of their own, and despite knowing  that I’d only be there for two months, everybody took the time to teach me and explain how  things work so that I could do my job as effectively as the rest of the team.

I made a lot of great friends who suggested places to eat and things to do in and around Melbourne, and I had some great food experiences around the city that will also serve as inspiration for me moving forward. I feel as though the vision I have for my future as a chef is clearer now than it has ever been because of the inspiration that I’ve drawn from Brae’s philosophy and from the team members who I’ve been fortunate to work so closely with.

The management style of the Head Chef, Damien, was so inspiring to me. I was honored to work directly with a chef who works as hard as anyone at Brae to carry out Dan Hunter’s vision. His chefs clearly have so much respect for him and the team is much stronger because of that. I learned a lot from Damien just by watching the way that he works with his team, and that will continue to guide me as a manager and chef in the future. 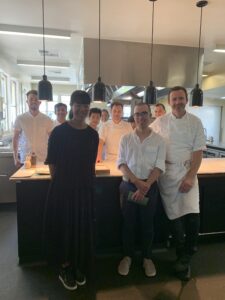 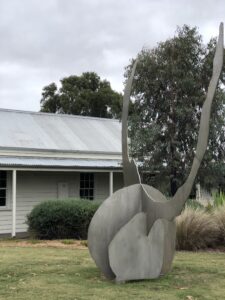 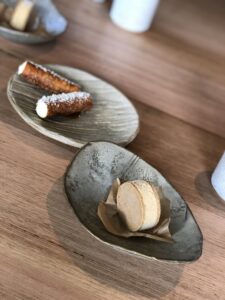 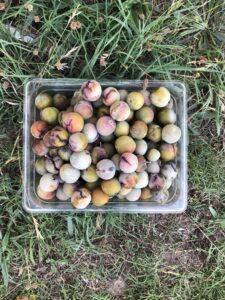 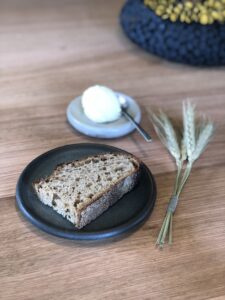 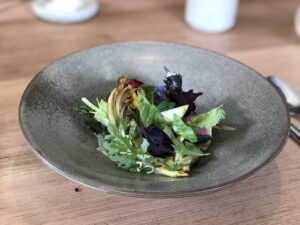