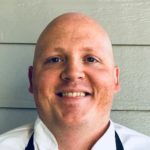 For Chase, the decision to stage at The French Laundry was a very simple one. He was looking for an opportunity to be a part of something special, and to experience a level of professionalism and discipline often unmatched elsewhere in the industry.

Can you describe what you did during your Stage at The French Laundry?

The first half of my stage began as an AM commis. Upon arriving, we would quietly dress and enter the kitchen. The entire commis team was to set up not just our work space but the space of those cooks who would arrive hours later; all within fifteen minutes. Filling pans with salt, topping off oil bottles folding and distributing both towels and aprons throughout the entire kitchen and creating scrub kits became instinctive in just a matter of days. After the kitchen was set, our Sous chef would post the prep list for the day along with both options for the tasting menu. We would briefly discuss our responsibilities gather our tools and then begin to work. I’ve spoken all but a dozen words to my team and on a prep sheet underneath my name is a number of tasks written out in a way which might as well have been a foreign language. To say that my first week was intense would be an understatement.

But this is how it proceeded for the next month. The same routine. Day after day after day. I may have even felt a sense of frustration after the first week being treated less like a stagiaire and more like a part of the team. And then one day something clicked. A commis commented to me that he’d essentially been “broken upwards” and that I would too. “There will come a moment” he said, “when you wouldn’t dare pass something off as complete if it wasn’t to the best of your ability.” Everyone here experiences a moment when they realize that they only want to provide the best product. They will not choose the shortcut instead practicing a technique repeatedly, asking a chef de partie or Sous Chef how they would approach said task seeking out the best most efficient approach. I would experience this revelation on more than one occasion. Struggling with a task and having a Chef leisurely explain a more thoughtful approach which resulted in a stunning product had me leaping on the inside as though I’d won the lottery.

Much of my commis experience with the AM team centered around the preparation of mise en place for dinner service as well as lunch Friday through Sunday. Completed tasks were checked for both quality and quantity. Anything that did not measure up was returned to you or turned into family meal which was also the commis’ responsibility. Each day we were assigned an aspect of family meal which always had a theme. We were preparing family meal for both AM and PM services so it was our responsibility to incorporate this into our daily prep; being late was not an option. Between putting away produce orders and breaking down our work stations before we sat down for lunch, time management was of the utmost importance. It was instilled in me from the first day to always be thinking ahead, pay attention to the time and move with a sense of urgency.

Just when I felt as though I had built a positive rapport with the AM team I was switched to PM for the second half of my stage. There was only one PM commis at night; he was very well versed in the prep needs of the kitchen before going into service and there was little he wasn’t capable of. I had all of three days with him to learn what I could before he moved onto the line. My responsibilities included finishing sauces and stocks for the butchers as well as any smoking projects they tasked me with before their day was complete. I would focus on knife work, sauce making and general mise en place as assigned by the Chefs and chef de parties. While I had a limited scope of what I was actually accomplishing in the AM, I was seeing everything at night. Whenever I would finish my prep lists early I was often able to work on the line helping to plate and see where all of the hard work from the commis’ team ended up. The experience truly came full circle.

This is perhaps the most difficult question to answer. It certainly took some time and much thought as to how to properly articulate what it meant to have the sort of experience that I had at The French Laundry. From the discipline of the AM team in their set up and approach to organization and cleanliness, to the refinement and finesse with which I got to see the Chefs execute during dinner service there was something positive to experience every single day.

Time management is something that I was forced to focus on and as a result have grown in both efficiency and speed. My knife skills have improved substantially as has my ability to better control waste. Organization for one’s own workstation as well as the kitchen a whole has inspired me to rethink my current approach for something more thought out.

There were a considerable number of techniques which I was much less familiar with than those around me. At first it was intimidating not knowing as much technical information but once the information was processed it sort of ignited a fire under me to learn all that I could so as to take that knowledge and expand on it upon leaving. My wish for further self-study has only increased since my departure.

Overall, what would you say you achieved through this opportunity?

I have had the chance to meet with cooks from all around the world and am genuinely impressed with not only their skill set but professionalism and drive. It has inspired me to want to continue pushing and evolve my own craft. Getting to work with both products and ingredients and even techniques which up until now I had only read about or viewed online. I am now able take this knowledge with me and expand on what I know. The feeling of intimidation with not knowing certain techniques has given way to a genuine curiosity and strong desire to learn more.

I do not hesitate to say I have learned more in two months of my stage than in the past two years working here in Austin. I have grown exponentially in both confidence and humility. I smile thinking about how thoughtful I try to be when approaching my cooking now. Everything from how I think about organizing my day to writing lists and sourcing product, to setting up my work station, everything has changed. I am a more intelligent and caring cook. I want to share this feeling with others and hope to have the have the opportunity to positively impact a team of individuals the way in which I have been so positively impacted by the team at The French Laundry. 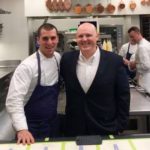 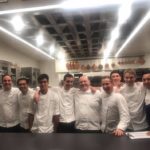 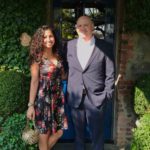