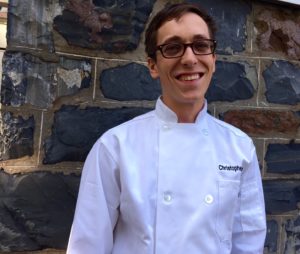 Chris staged at La Pergola in Rome for two months because he was fascinated by the intersection of modern execution and classic dishes. During his experience abroad, he gained a greater appreciation for the way that others cook and approach food.

What made you want to Stage at La Pergola?

La Pergola is located in the Rome Cavalieri Waldorf Astoria Hotel in Italy. The restaurant sits on the top floor of the hotel, which overlooks all of Rome as well as the Vatican City. I wanted to work at La Pergola because the restaurant was doing modern takes on classical dishes, and I was very much interested in this idea.

Can you describe what you did during your Stages?

The first day I arrived, I was taken through the maze that is the hotel up to the 9th floor and introduced to the La Pergola team and kitchen. Immediately I realized that a big challenge would be the language barrier – the only language being spoken in the kitchen was Italian. The kitchen was organized into three teams: entremetier, garde manger, and pastry. There is one chef de partie that works the fish station and a Sous Chef who worked the meat station.

For the duration of the stage I was to help out the entremetier team with making all of the purees, sauces, and pasta. My day usually began between nine and ten in the morning. We would gather product for the day from the loading dock and cooler, set up our stations, and prep. Essentially, we would get ready for service. My service station was responsible for setting up the pass for the hot food. Later, service began around seven.

I would say that I got something different out of this experience than what I had originally expected; I learned that staging and experiencing the way that other people cook and approach food is an invaluable lesson. I believe that all people in our industry should have this opportunity. I also learned that a lot of the cooking and eating in Italy is rooted in tradition. While technology is constantly changing the world we live in, most of the food in Italy is untouched in the way that it is produced and cooked. The way that everyone eats and drinks really says something about the culture of Italy.

For me, this entire experience helped to give me a grander picture of life. It put me in the shoes of an outsider, which was challenging but more importantly, rewarding. This was a truly humbling experience and I am very thankful to Ment'or! 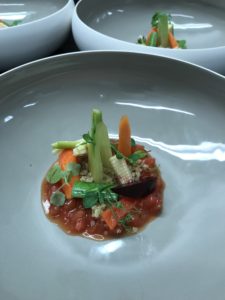 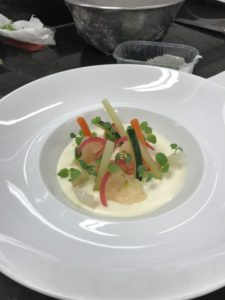 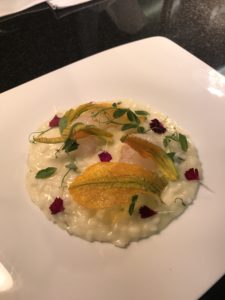