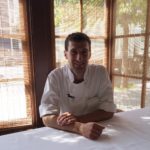 During his stage at Pineapple and Pearls in Washington, D.C., Dan Filice learned about several unconventional but effective management techniques for creating a positive and productive working environment.

What made you want to pursue a stage at Pineapple and Pearls?

The restaurant, which has two Michelin stars, appealed to me largely because of Chef Aaron, who strives not only to make it an excellent and fun fine dining restaurant, but also to improve the working environment for his chefs, cooks and employees.

What was your day-to-day routine like at Pineapple and Pearls?

I split my stage equally between the morning prep shift and the evening service shift. The morning team starts the time-consuming projects, such as making stocks and slow braises, butchering protein and producing garnishes. The evening team consists of the chefs de partie, who finish the setups for their stations and work services. I usually worked as a swing, which meant that I helped wherever I was needed, and floated between stations to ease the flow of service.

What distinguishes Pineapple and Pearls from other restaurants?

The fine dining industry is notorious for its demanding schedules. The morning team at Pineapple and Pearls starts working at 6:00 a.m. and usually finishes up at around 8:00 p.m., while the evening team usually arrives at 10:00 a.m. and finishes up after midnight. Working such hours is not easy, but Chef Aaron has radically departed from industry standards in order to foster a sustainable workplace for his cooks. The restaurant, for instance, is only open Tuesday through Friday, which results in his employees being well-rested going into the week, and less exhausted at the end of it. This approach provides the added benefit of allowing his employees to experience other restaurants in the city, and to travel to other cities. A three-day weekend, for instance, allowed me to visit New York and dine in many restaurants I otherwise would not have been able to experience. Chef Aaron also takes additional steps to build up his employees, such as providing a second staff meal after service on Friday (aptly referred to as “feast”) and holding quarterly meetings where he asks his employees about the issues they see in the restaurant and how they might be solved. He also wants to know the staff's opinions on food. For example, his dishwashers advised him about how to get the consistency of the tortilla dough right in one of Pineapple and Pearls' most famous dishes, the sweetbread taco.

How will you apply what you learned during your stage to your work?

It is my goal to incorporate as many of the management techniques I saw at Pineapple and Pearls into my career as possible. Even seemingly small gestures like a post-service meal have a positive impact on staff morale, and as I saw at Pineapple and Pearls, happy cooks cook better. In addition, a willingness to forego constraints on their cuisine has led to some of Pineapple and Pearls' best dishes, and that daring attitude, coupled with a willingness to solicit input from all employees, fosters a creative environment which further improves morale. I intend to implement those types of improvements into my own management style from now on. 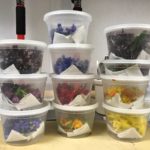 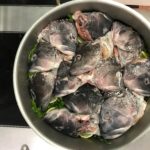 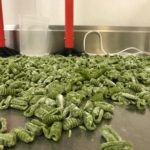