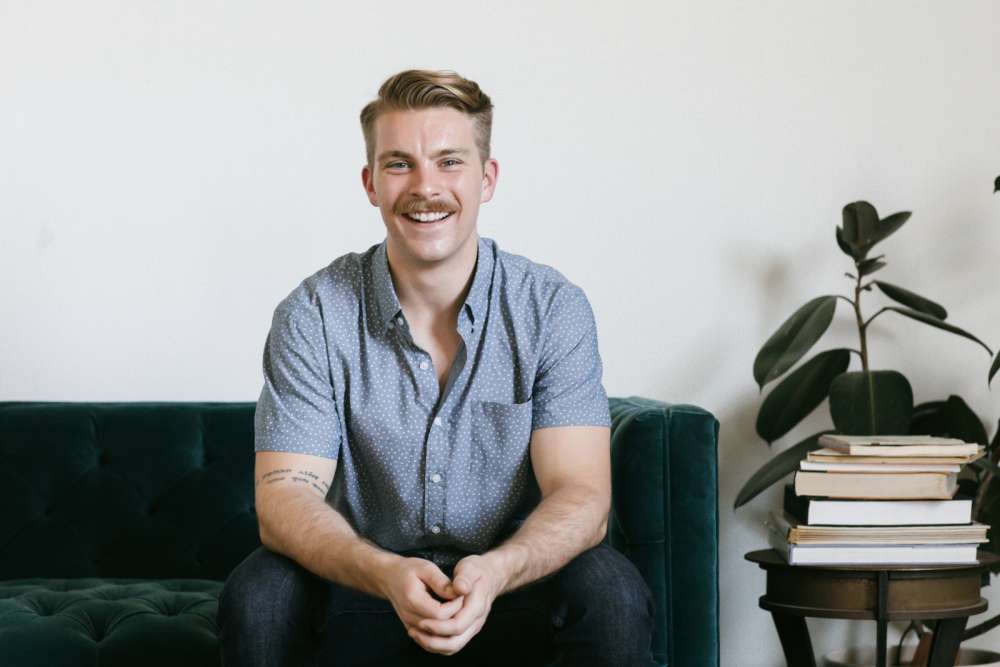 Danny spent the summer of 2015 staging at Blackbird, a One Off Hospitality restaurant in Chicago. After winning the Ment'or Young Chef Competition in Miami the previous year, he was encouraged by the judges to find what he really loved about
food and cooking, then start developing his dish.

What made you want to Stage at Blackbird in Chicago?

When I started to look for where I wanted to stage I looked for restaurants that were different, interesting, and successful. Over the summer of 2015 I worked mainly at Blackbird; a One Off Hospitality restaurant in Chicago, Illinois. Originally I had picked the One Off Hospitality group; I’ve noticed that since Blackbird was created in 1997, the owners, Chef Paul Kahan and Donnie Madia had really shook up Chicago dinning. I wanted to see all of the properties and spend a small amount of time in each restaurant, each place had cuisines that I hadn’t yet been exposed to. However, my plans changed upon my first day. I started my stage at Blackbird so the team could asses my skills and see where I would be able to stage, Ryan Pfeiffer (the Chef De Cuisine) invited me back for the rest of the week after that night. During my first week at Blackbird I saw a multitude of new techniques and got to work with a team that was truly passionate about what they were doing. I realized that I could achieve my goals by staying, so I continued to work at Blackbird for a little over two months. I would still get called over to different One Off restaurants to help with an event some weekends which were always great experiences. This helped me achieve the goals I had set out for this stage, I wanted to be taken out of my comfort zone and find out what made One Off Hospitality so successful.

Because Blackbird rarely gets long term stages, the team wasn't exactly sure where I could fit in. My first night at Blackbird I worked the amuse bouche station; the second night I worked garde manger, then my third night I worked sauté station, a station typically worked by veteran cooks at the restaurant. The fourth night I came in around noon to find that there was no station beside my name on the schedule. Ryan approached me to inform me that because there were enough employees to  fill the line that instead he wanted me to help him reinvent the Blackbird tasting menu. When I started out at Blackbird the tasting menu was five courses, all of which were on the a la carte menu with a larger portion size. Ryan wanted to change to a more ambitious thirteen courses.

For the remainder of my stage I worked on research and development on new dishes and a course that we included called "snacks". This course was my main focus; I would create and prep the amuse each night for the restaurant and if it was something we liked it would get added to the snacks list. Snacks was a course that included five to six small bites per person. For example, for a table with two guests we could have ten or twelve small finger foods on a large plate for our guests to share. Ryan and I played with many new techniques and came up with some very interesting flavors. After we had finished up snacks, we moved on to the other five savory courses that we wanted to add. We executed a few soft tastings for friends of ours dining at Blackbird and a few employee's last meals. On August 7th we launched the new menu. Blackbird now offers a 13 course tasting menu that changes weekly.

Before working at Blackbird I had never worked at a Michelin starred restaurant. I had a preconceived idea of what the kitchen would look like, how the staff would act, and what the food would taste like. All of my ideas were wrong. The kitchen was a lot like all of the other kitchens I had worked in, however, the staff was unlike any other. Mostly all of cooks and chefs had come from a three star Michelin restaurant from some other part of the world, which means that everyone had something different to offer. One of the line cooks who is now a sous chef, Kyle, had worked with the Alinea Restaurant group for a few years. Working around him was extremely rewarding, his style was very modern and technical. Dan was another sous chef who I worked with; he had worked with Daniel Boulud in New York and Miami. Dan was one of the best cooks I've worked around. He was able to butcher just about anything and all of his food was interesting and flavorful.

The one thing that tied them all together was their passion to create something new, something better. I learned that what truly makes a restaurant successful is its brigade. Although that may seem like common knowledge, Blackbird is living proof. Also, while working with Ryan Pfieffer I learned that there is no right or wrong. Of course, in cooking we have our fundamentals that most people follow, but when we were writing the new tasting menu we often challenged these rules. In doing this we ended up making things like turnip churros, miso caramel, smoked scallop jerky, and more that you wouldn't necessarily find in a Michelin starred dining experience. Blackbird taught me to think outside of the box and to question everything, respectfully.

From working at Blackbird, I believe I have made the right connections to move forward in the realm of Michelin starred restaurants. I also feel like I achieved what I set out to do, find my own style. After a few days of working the line at Blackbird I noticed how quickly I became comfortable cooking in that environment again. Some of those nights really resonate with me, the feeling of success and fulfillment after getting through the dinner rush reminded me why I started cooking. When I would create a new amuse, or work the grill it was like competing, however I didn’t have to be technical to win over our guests. These moments helped me recognize what the judges wanted me to do; cook from the heart like I was doing every night. Before my stage I would typically go to a cook book or Flickr account and cook what I thought looked cool. While staging I realized that the best way to develop a dish or menu is to cook what you want to eat, then add in the technique. In doing this I noticed that clean, flavorful food typically looked great as well. Learning all of these things about myself and my food has truly given me the confidence to take the next step in my career. This could not have been made possible if it wasn’t for the Ment’or foundation. 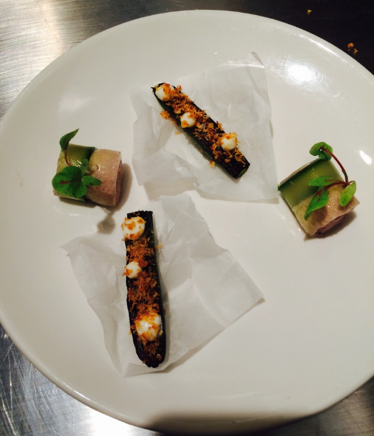 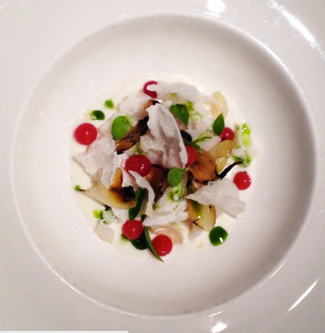 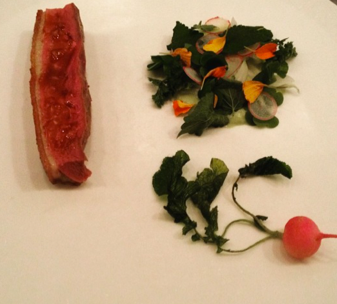 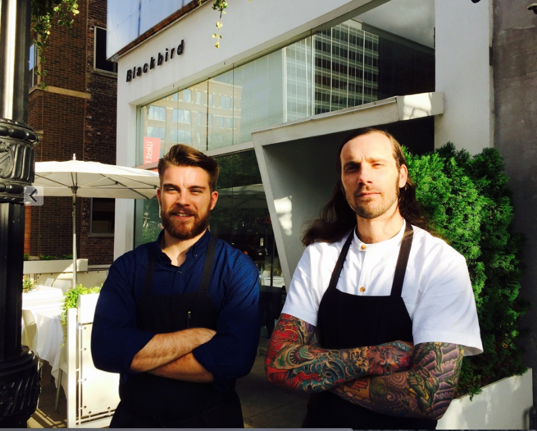