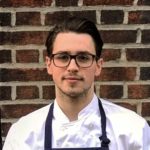 Davey was immediately excited by the cuisine and culture behind Peruvian food, so he selected Central Restaurante for his stage. His experience broadened his awareness of the importance of fresh ingredients, and he returned to the US inspired by his own growth as a young Chef.

Why did you select Central Restaurante in Peru for your stage?

My experience in Peru was truly one of a kind. From the second I landed there I knew I was in for a great two months. I have been following Chef Virgilio's work for quite some time and was intrigued by his philosophy and cooking. I chose Peru due to its vast diversity in not only food but also in its culture, and because it borders the ocean and the range of seafood available was everything I wanted and more.

What were some of the standout experiences during your stage?

Peruvian cuisine is something that not only I was unfamiliar with but most of the world. One Point that Chef Virgilio always made was to execute our dishes well to show the guests of the restaurant that Peru has a culinary tradition that deserves to be known. The wide variety of fruits and vegetables available In Peru are truly incredible. The first bean I tried was called Pacae, a long green bean stalk that’s about an inch thick. It was dark green and very thick with a white cotton-like oval with a large black seed in the center. It exploded with a flavor of cotton candy.  It left me in awe, I couldn’t believe I had just eaten a bean that tasted just like cotton candy, which immediately flooded my head with ideas, new dishes to compose, using ingredients specific to the country.

Also the seafood in Peru is some of the best I’ve ever had, at the end of my first work week I was invited to go to the fish market that all of the chefs and locals get their fish and shellfish from for their respective restaurants right when it opened in the morning. This market had over 150 different species of fish and shellfish and it was all brought in fresh from the ocean every morning. While searching through the market, myself and three of the chefs of Central chose our fish and shellfish we would later use to cook a traditional fish stew called Sudado and also a Argentinian style ceviche. After we gathered our ingredients for the stew and ceviche, we traveled to one of the chef’s homes which was also a restaurant named SETI, that the chef had not only grown up in but worked in as well. We arrived and immediately were greeted by his mother and we headed straight for the kitchen to begin preparing our mise en place. His mother turned on the TV to the Spanish music channel and we began our work while listening to different genres of Spanish music. It was truly a nostalgic experience, one filled with camaraderie and a shared mutual love of cooking and teaching tradition.

What were some of your responsibilities day to day at Central?

Some of my responsibilities during my Stage at Restaurante Central were preparing mise en place for the pass which included picking flowers for some of the dishes, setting up the pass for both services of the day (lunch and dinner), helping plate food on the pass as well as assisting the station cooks with their mise en place and occasionally running the food to the guests. Sometimes I would even explain to guests the philosophy behind the food and why certain dishes are served, the history of the dish, and how to eat it.

What lessons did you take from your experience?

During my stage, I learned how to be more responsible not only as a cook but as a Chef, how to work with new ingredients that I had been introduced to, and most importantly, that the idea of perfection, something every cook looks for in everything they do, had more than one interpretation. I learned that you don’t need four commis standing at a table together searching through a case worth of herb and greens to find the best ones to make a dish perfect, perfection is coming to a common understanding that not everything has to be identical. It can flow freely with the numbers of garnishes on a plate or how the dish is plated, that the sauce, protein, and vegetables can be plated many different ways, and we can still find a sense of bliss and satisfaction. Once I gained that understanding, I took off and ran with it, every day challenging myself to plate each dish better than the previous ones, but differently, adjusting angles, shapes, sizes, etc. I loved it, it challenged me in a new way. It also taught me to always remain cool, calm, and collected especially because Central is an open kitchen and the guests can see us all the time and watch us plate, cook and work service, so it was very important to know how to be calm and focused even when tensions ran high or I had made a mistake on the pass.

After arriving back into the United States I feel I was changed: changed in the sense of being more focused, more aware and attentive to my surroundings and everything going on in the kitchen. The sounds of searing, sizzling, smells and aromas all help me to stay on top on my game and improve with every chance I get. I have achieved so much during this stage that I was fortunate enough to receive from ment'or, and the experience has only made me more adamant about exploring the world and experiencing as many cultures and countries as I can to be the best cook, and eventually the best chef that I can be. 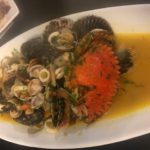 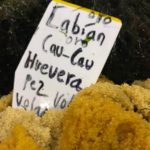 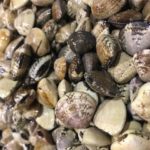 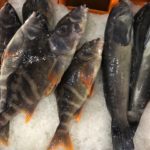 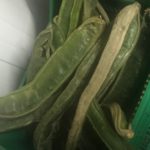 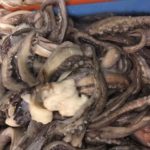 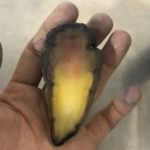 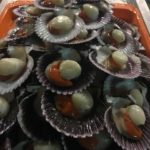