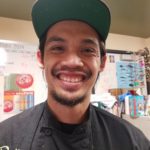 Franklin was fortunate to stage at two locations in Tokyo, Japan. He spent his time at Den and La Bonne Table and walked away with a once-in-a-lifetime experience on what life outside of "the Island" is like.

Why did you select Den and La Bonne Table for internships?

Hawaii is known as a “melting pot” state, home to many different types of ethnicities. Cooking here is known as Hawaii Regional Cuisine, and promotes locally grown ingredients prepared by different ethnic fusions. The restaurant I work at does that, but is also heavily influenced with Asian cuisine, especially Japanese Cuisine. When I asked my Chef for advice on where I should go to stage, he recommended I “go to Japan.” Growing up I was always interested in the Japanese culture, so deciding on Tokyo was a no brainer.

Den popped up when I searched “Asia’s 50 Best Restaurants.” Around the same time I was looking up restaurants in Tokyo, Den was featured in the Netflix original “Ugly Delicious” with Chef David Chang. I became even more interested after seeing that episode and fortunately,  Den accepted me!

Coming up with my second choice, I wanted to step out of my comfort zone and try something different. French cuisine came to mind and Japan was also big in French Cuisine. L’Effervescence was on the “Asia’s 50 best restaurants” list. Unfortunately, the timing was not working out, but after a little more research, I found out L’Effervesence has a sister restaurant, La Bonne Table.

Before my first day at Den, I had a small interview at the restaurant where I introduced myself to the staff and was given a short tour of the restaurant. During my stage at Den I essentially was a floater. I would start at in the morning if they had lunch service, or early afternoon if it was only dinner service. Their line worked different than what I was used to, as they did not have formal stations. Instead, there was a large prep list and everyone was assigned specific tasks. During service, the stages would go back and forth to help prepare and plate up each course. The cooks themselves would serve the dishes, explain the dishes and mingle with the guests. When it got busy, the stages would also help run the dishes out to and from the dining room. During our down time, the stages would help wash dishes. The dishes were very fragile and needed to be hand washed, as they were handmade by a friend of Chef Hasegawa’s.

My experience at La Bonne Table was similar, except their kitchen did have stations like I was used to. Before service, I would go around each station and help with prep. During service, similar to Den, the cooks ran and served the dishes. Here I also help run food to the guests. I would mainly help Garde Manger / Desserts during service also.

What did you learn throughout your experience?

Tourism is one of the top industries here in Hawaii and a big part of that are visitors from Japan. Knowing some Japanese when working in the food beverage / hospitality industry really helps, so living and staging in Japan helped me improve my Japanese. I'm not saying I was fluent prior to going to Japan, but it did help with the language barrier, especially at La Bonne Table. I also learned some French at La Bonne Table - they would teach me some Japanese and French words, while I taught them English and some Filipino words. I was introduced to many different types of ingredients that Hawaii does not have access to. I have also learned the Japanese and French names of ingredients, both new to me and what I have used before.

Being an “Island Boy” my whole life, getting to live and work outside of Hawaii puts a whole new perspective not only on cooking, but also lifestyle. 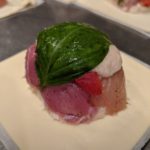 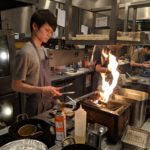 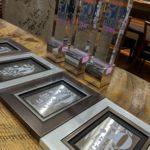 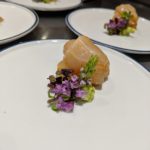 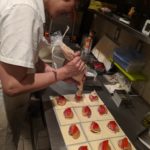 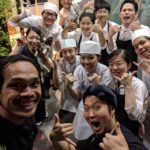