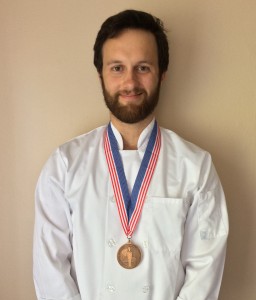 Jason Sipe staged at Le Pigeon and Little Bird Bistro in Portland, Oregon learning, and moving between, the tasks of kitchen, dining room, and managerial roles in both restaurants.

What drew you to stage at Le Pigeon and Little Bird Bistro?

After researching several restaurants, I determined that the style and culture of Le Pigeon was something I would like to emulate in a restaurant of my own. Before this project, I had not eaten at Le Pigeon; I had only seen interviews with the Chef/Owner Gabriel Rucker and I had read the cookbook. Before the project began, I met with Andrew (Andy) Fortgang at Little Bird Bistro, the sister restaurant to Le Pigeon. After explaining my goals, Andy suggested that I spend more of my time at Little Bird, which operates as a more traditional brasserie compared to the unique structure of Le Pigeon. He outlined a schedule in which I would fit into kitchen, dining room, and managerial roles in both restaurants over the course of three weeks; as my goal was total immersion in a new restaurant system, this plan sounded perfect. After meeting with Andy, I had my first dinner at Le Pigeon, and it was immediately apparent that I was in the right place.

How did your roles and the atmosphere at Le Pigeon compare with those you had at Little Bird Bistro?

I spent the first week of my internship at Le Pigeon, where I spent time shadowing the general manager, Sean O’Connor, as he outlined Le Pigeon’s financial strategy, inventory management, and operating structures. In addition to working with Sean, I helped during service by expediting in the open kitchen, which required a crash source in the dining room practices of the restaurant and the ticket organization of the kitchen. I was also tasked with working in prep and line-cooking capacities. As an added and unexpected benefit of having such a small staff at Le Pigeon, I had the opportunity to meet and work with the entire team during the week, including Chef de Cuisine Andrew Mace. Chef Mace provided a great deal of wisdom during my time at Le Pigeon and acted in a way with staff and guests that I would seek to emulate and foster in the role as a chef.

The next two weeks were at Little Bird Bistro, a small, bustling brasserie in the heart of downtown Portland. The majority of my time at Little Bird was spent in the dining room, which was a unique and welcome learning opportunity as Le Pigeon and Little Bird were my first experiences working in this role. I spent a great deal of time with general manager Kristen Thoennes as well, as she showed me the scheduling, reservation, and accounting practices of Little Bird. I had the opportunity to learn a great deal about wine from Andy and the Little Bird team as I sat in on daily wine tastings and classes. I spent a handful of days in the kitchen at Little Bird, including two lunch shifts on the line. I was fortunate to accompany Chef Gabriel to the farmer’s market one Saturday, where the value of personal relationships was evident by how many purveyors kept product aside specifically for him.

What lessons did you learn during your stage?

The two most immediate lessons I learned from my time at Le Pigeon and Little Bird Bistro revolve around communication and culture. An aspect of communication that I encountered was through training, and this has made me reconsider the training processes in my own kitchen. Kitchens function well on routine and standardized processes, which are hard (if not impossible) to pick up on in a day or two. As such, it was apparent that the training I received (and give to my own employees) is lacking in many ways; there is a lack of communication in the very minute details of a kitchen that can make a difference between a fast, effective cook and one who must move slower out of necessity. These details are things such as the proper place to find tasting spoons, the appropriate way to label products, or here to find and store certain pieces of equipment. Such processes in a kitchen that are so routine that most (myself included) don’t even think to point them out during training. And perhaps finding a tasting spoon only takes a few seconds, and running to the prep area to find a pan only a few seconds more, but that time adds up as one continually steps away from projects to search for the tools they need. Having to work through these ‘growing pains’ in a number of roles in two different restaurants absolutely opened my eyes to the struggle of ‘getting up to speed’ with a new organization.

The second major lesson I learned was one of culture. The culture at both restaurants was remarkable; they are young restaurants run by young people, and there is a certain rowdiness to each place, but it is in line with the attitudes of the people who run the places. The food is delicious and the service is warm and professional; but while things are taken seriously, there is a certain feeling of not taking them too seriously. It’s a fine line to toe, but quite fun when done well.

How did your stage change your perspective on being a chef and prepare you for your future in the profession?

This internship was an amazing learning opportunity. I was thrust into a number of roles that are outside of my comfort zone and challenged to operate at a level consistent with some of the best professionals in Oregon. In many ways, this internship was validating in that despite coming from an institutional food service background, I am able to hold my ground with strong restaurant cooks. In other ways, I was reminded that I have a very long way to go before I have the same experiences and knowledge as some of the terrific dining room staff members I was able to shadow. I learned a great deal about what it means to grow and develop cooks; more than simply training cooks to follow recipes and eventually find their own voice, it is about teaching the minute details and standard practices of the organization.

Perhaps the most striking lesson though was that no day is the same. Even well-established and highly-regarded restaurants like Le Pigeon and (to a greater extent) Little Bird can operate without rigid guidelines that monitor every facet of the business. My MBA education is built upon the foundations of speed and accountability; it was an interesting experience to align the actual practices of the two restaurants with my expectations for what their daily operations may look like. I certainly observed a great deal of practices that I will implement in my own businesses, just as I observed several that I will avoid. I observed the impact of different managerial styles of different types of restaurants and the people who make those restaurants work. 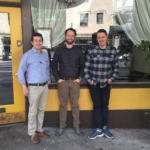 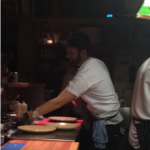 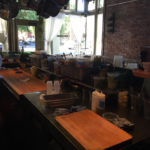 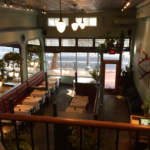 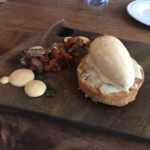 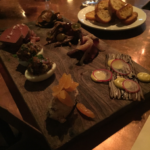 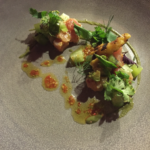 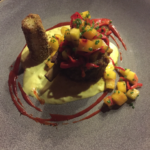 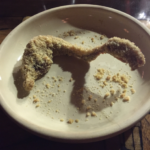