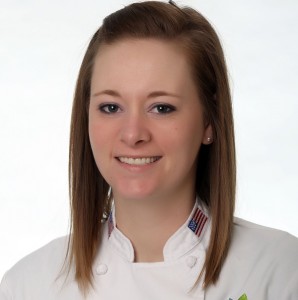 Jessica Seely chose to do her two-month stage at Bayona in New Orleans, LA. While she was there, she was able to work on the salad station night crew, try her hand at butchering, and learn more about what happens at the Grill/Protein station.

What about New Orleans inspired you to pick Bayona?

The decision to choose Bayona in New Orleans was greatly influenced by my culinary team coach Felix Sturmer. Chef Sturmer has watched me and mentored me over the last four years, seeing me develop my skills on the culinary team and in his classroom. He told me many stories about his experiences living in New Orleans as a chef for Starwood Hotels and he knew Susan Spicer’s many accomplishments and had worked briefly with her many years ago. I trusted his judgement when he told me Bayona would be a good fit for me.

How did the other chefs at Bayona affect your learning and overall experience there?

Over the period of two months working at Bayona I was mainly on the salad station. I was on the night shift and got to know the day shift salad crew Thomas and Marquita very well. I quickly learned to collaborate with them and constantly keep track of what needed to be done for the station. Keeping each other on track and always ahead of the game was our team building experience. Working with the both of them was an awesome experience they were great teachers, and they were always willing to answer any of my questions. We had some good laughs together as we got to know each other. They made my experience just that much better. My favorite station that I worked at Bayona by far was the Grill/Protein station. Although this station cannot stand alone, the amazing team that trained me on this station taught me so much and even killed some bad habits I didn’t even know I had. Solei, Dan, and Josh where the other line cooks on the hot line that trained me and taught me that organization and talking to each other constantly is key. They also push each other and compete with each other, not to try and prove that one is better than one other but to improve the skills of the team as a whole.

What were the biggest takeaways from this experience for you?

I learned quickly to speak up and ask for what you need, no explanation required. Nobody has time for an explanation, just what needs to be done. Also, do not be afraid to ask for help, know your limits, and manage your time efficiently. One of the few times I worked with Chef Susan Spicer I also learned that nobody has time for you to speak softly. Call backs and echoes must be said with the beast that resides deep in your voice box. It doesn’t matter if your voice normally sounds mousey and small, you need to find that beast. The team at Bayona is all about holding people accountable for their mistakes and pulling their own weight because as Solei told me, “If you don’t do it somebody else is going to have to,” meaning the other people will not be happy about having to fix your mistakes or picking up the slack.

Working at Bayona also helped me with my speed in the kitchen, and it made me realize I am capable of doing a lot more than I thought I could. When you work in a small kitchen with minimal extra hands you should know when to ask for help, but the faster you make your own steps and push your limits on the amount of projects you can have going at the same time, the better the team will be in the end. With that being said, if you decide to push your limits be sure you know that the timer is your best friend and never trust yourself to remember anything. One crisis on your station can turn into your first falling domino, so use your timer every time. 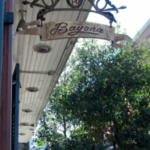 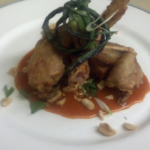 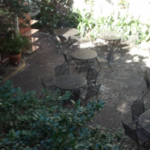 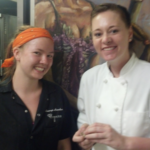 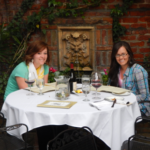 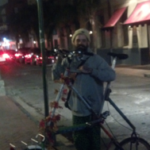 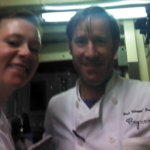