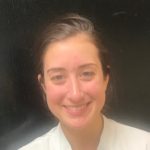 Katherine staged at different restaurants in San Francisco, where she was exposed to the kitchens of Chefs she admired and gleaned a newfound inspiration for her craft.

What motivated you to choose San Francisco's Petit Crenn, Atelier Crenn and Flour + Water for your grant?

I had long felt that the food scene on the West Coast was particularly vibrant and diverse in a way I’d never experienced having only lived and worked on the East Coast. San Francisco’s moderate weather, longer growing seasons, proximity to the Pacific Ocean, and the promise of putting my hands on some really beautiful ingredients as a byproduct of these conditions drew me to the city immediately.

I had three specific goals in mind when selecting the restaurants: first, to reconnect with the highly technical French cuisine with which I started my culinary career; second, to work on my “kitchen confidence;” and finally, to glean inspiration from chefs that I admire. Ultimately, I chose restaurants where chefs use food to tell a story and conjure the spirit of a place far away from the physical locations of their kitchens.

My journey in San Francisco began with the Crenn Dining Group. I have long admired Chef Dominique Crenn for putting herself at the forefront of our profession - not just as a successful female chef, but as a chef that pushes boundaries and is a vocal advocate for sustainability and social justice issues. I was excited to see how Chef Crenn’s dynamic energy pervades her restaurants. I started at Petit Crenn, the more casual ode to Chef's home of Brittany. The team at Petit Crenn was comprised of a three-cook line, a junior sous chef, one sous chef, and the Chef de Cuisine, Nick Anichini. As a result, I came to feel like a part of the family very quickly. I also learned to keep up very quickly! The smaller physical space taught me how valuable each inch of the kitchen was: work stations must be tidy; refrigeration, dry storage, and equipment storage must be organized; product must be meticulously inventoried daily; and ordering must be precise.

The focal point of Petit Crenn’s open kitchen is a beautiful wood-fired grill. Having never worked over a wood fire, I was incredibly excited to be assigned to the roast station early on. I was given the task of butchery for the station - breaking and portioning the beautiful Mount Lassen river trout delivered to the restaurant daily for the trout en papillate.

While the roast station was only responsible for two of the menu’s seven courses (including two supplements), I learned the key steps of service for garde manger and entremet. Because the restaurant serves a pre-set tasting menu, the flow of service allows the cooks to slide between stations and help one another through each station’s “push.” Overall, I was incredibly impressed by how efficiently the cooks at Petit Crenn worked together before, during, and after service. They pushed from the beginning of their shift until the end of the night to set one another up for success; to divide responsibility for shared mise en place; even to keep the kitchen clean - mid-day breakdowns were executed with militaristic speed and precision.

One of my favorite aspects of working at Petit Crenn was the open kitchen. Having worked mostly in closed kitchens, it was amazing to witness the delight of the guests from course to course. It was a reminder of why I love to cook. My time at Petit Crenn was a great introduction to the beautiful West coast produce and seafood that I’d so looked forward to working with. I vividly recall eating a raw turnip from Bleu Belle farm and thinking that it tasted exactly how a turnip should - subtly sweet, crisp, and juicy. Thursday trips to the Marin Famers Market and Saturday trips to the Ferry Building market became part of my routine throughout my time in San Francisco.

My next stop was Atelier Crenn. My stage there could not have come at a better time, as the restaurant had just earned its third Michelin star that past fall. My experience at Petit Crenn had prepared me well: the level of precision, organization, and concentration demanded to execute Atelier’s tasting menu was notably more intense.

At Atelier Crenn I was assigned to the garnish station. This involved assisting the entremet with sauces for service as well as assisting the two garde manger cooks and the roast cook with their set up. I helped plate dishes on the hot line during service. This responsibility included organizing consecutive picks with service trays and utensils, pulling plates and keeping the plate warmer stocked, placing trivets, passing appropriate amounts of dry garnishes, wiping composed plates of fingerprints, and keeping the pass tidy. All told, I was partially responsible for six-seven of the menu’s dozen savory courses. My time on the garnish station gave me a great vantage point of the entire kitchen, as the flow of the tasting menu allowed me to move through the kitchen and assist garde manger as diners in each evening’s seatings progressed through their meals.

I spent some time working with the commis team. Some tasks I was given as a “commis” included turning artichokes, shucking and trimming oysters, cutting micro greens, and straining sauces and reductions. The intensity of the work day for the commis team was just as high as it was during the service period, and I gained a great deal of respect for the cooks who do so much “behind the scenes” work, without the “glory” that is often associated with working service in a Michelin-starred restaurant. This helped me understand that a strong restaurant must start with a strong foundation.

My final restaurant home during my time in San Francisco was Flour + Water, a restaurant opened over a decade ago by Chef Thomas McNaughton and now helmed by Chef Ryan Pollnow. I have admired Flour + Water’s modern interpretation of Italian cuisine. Working at Del Posto, it is a cuisine that I’ve come to love, and I have come to realize that it is a vast cuisine, with fiercely proud regional traditions. I hoped my time at Flour + Water could inspire me to think about Italian food in a new, more creative light, and to help hone my pasta-making skills.

At Flour + Water I floated throughout the kitchen, learning the prep and service for each station on the line, and spending time with the morning pasta production team. My days with the pasta production team were among my favorites. Those days began very early with mixing the different doughs. Nearly every shape of pasta was made differently: stinging nettle caramelle, wild rice cansoncelli, turmeric cappelletti, candy cap mushroom maltagliati, fennel pollen spaghetti, and others. After the doughs were made and rested, the rolling and shaping began. On any given day, there were two to three dedicated sets of hands on the pasta production team, led by Reyna, a woman who has been making pasta at Flour + Water since the restaurant opened. The team was incredibly patient with me as I learned each shape, and learned that everyone has their own individual tricks to form each shape perfectly. While I had some experience making pasta at Del Posto, I had a great time learning the new shapes, and how to work with flavored doughs, which affects the elasticity and texture of the dough.

Working across the rest of the kitchen allowed me to experience the many facets of production  within Flour + Water. On garde manger, I learned about the restaurant’s charcuterie program and assisted in the production of coppa and coppa di testa. On the pizza station, I learned about yeasted doughs and the art of the Neapolitan pizza: minimally yet thoughtfully topped, with a very thin crust with perfectly puffy, blistered edges after a spin in the 900-degree wood oven. On the pasta station, I felt most at home, slinging noodles and emulsifying sauces. Cooking pasta at Flour + Water taught me about the difference adding acid can make to keep buttery sauces from feeling overly rich. For instance, a dash of sherry vinegar to finish the pork agnolotti, preserved meyer lemon rind in a sweet potato capelletti, a fermented turnip and black trumpet mushroom relish to finish a sweetbread raviolini - the acids all made a huge difference.

Can you summarize your experience and major takeaways from your stage?

Before this stage and despite years of working in some great kitchens in NYC, I often downplayed my capabilities. When I felt nervous about the responsibility of butchering (both literally and figuratively) the beautiful trout at Petit Crenn, I reminded myself of my training, let my work speak for itself, and completed the task above and beyond the expectations of the chef. When I saw a cook at Flour + Water struggle with a consommé for the second week in a row, I was able to give advice from my own experience and help her succeed on her next attempt. When I didn’t finish setting up my station as quickly as I wanted to, that was okay, because it meant I could do better the next day.  Working these “first days” at different restaurants was nerve wracking, but I found I had the power to control my experience in each kitchen.

I know that this experience will serve as a reminder for me in years to come that complacency serves me no purpose and in order to keep growing, I must continuously step outside my comfort zone. It is because of these experiences that I have realized the areas I have to grow and learn, honed in on my strengths, and proven my versatility in new settings. I am incredibly thankful to Ment'or, The Crenn Dining Group and the team at Flour + Water for the chance to set these goals for myself and to rise to the occasion. 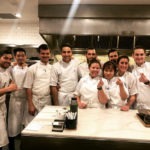 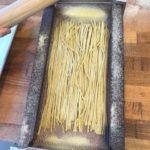 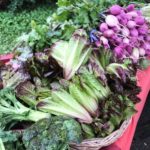 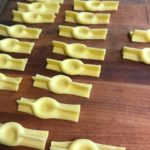 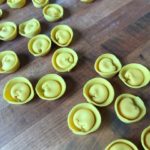 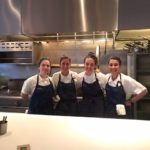 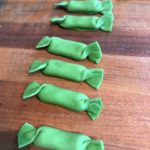 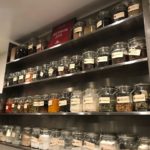