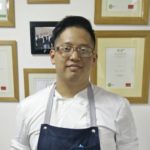 Larry opted to do his stage at Central in Lima because he was enthralled by Peru's bountiful ecosystem.

What was it about Central that appealed to you?

I have always had an interest in Peruvian cuisine and culture and Peru's bountiful ecosystem. I was also impressed by the fact that Central was listed as #4 on The World's Top 50 Restaurants list.

What were your roles and responsibilities at Central?

I started out working on the garde manger station with two experienced cooks. As each day passed, I pushed myself to complete my day-to-day tasks faster and more efficiently, because the more I completed, the more time there was for the cooks to teach me other skills. After about two weeks, I was moved to entrement, and then after that, I went to the protein and saucier station. I ended up becoming a support to all the stations, however. I did this jack-of-all-trades commis type of role for a while, but was eventually moved over to the snacks station. Besides completing these tasks, I made a point of spending as much time as possible with the staff outside the restaurant in order to strengthen my relationships with them. The bonds we developed with each other helped us to work more cohesively and increased the level of trust we had in each other.

How was your experience at Central different from your previous experiences?

Because of the numerous cultural differences between Peru and the United States, I changed both personally and professionally in a number of ways. Working at Central was less stressful than it is at Betony, so I found myself more relaxed and happy. I ate more and found myself inspired by the world around me. However, I missed the constant discipline and systems that I had become accustomed to at Betony. Neither environment is right or wrong, they are just different. Peruvians are very proud of their food culture. They love to talk their favorite restaurants and dishes. about Wherever I ate, I was always asked what I thought about the food.

How did your stage at Central impact you?

I have become more confident, both as a cook and as a chef. My experience at Central made me re-examine my expectations of what the processes in a fine dining kitchen should look like. Working in Peru also gave me insight into how a country's history, infrastructure and culture can directly impact their cuisine. I also learned about so many unique and interesting types of fish and produce that I would never have been exposed to in the United States. 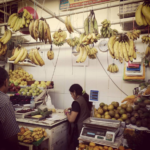 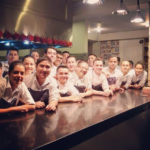 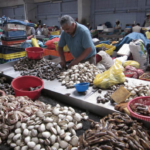