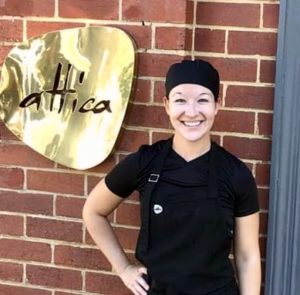 Lizzie was eager to learn more about indigenous Australian ingredients which is why she decided to stage at Attica in Melbourne, Australia. While at Attica, Lizzie was surprised to find that her favorite part of her stage was tending to the outdoor Barbecue station where she was able to interact with the guests.

What made you want to Stage at Attica in Melbourne?

I knew that that working at Attica would be a perfect opportunity for me to learn about native Australian ingredients and to be able to cook things I had never seen before. I was also very excited to work with Chef Ben Shewry. He believes in teaching each of the cooks the skills to run each and every station. He hopes that each chef that works for him will become multi talented and when they leave Attica they will have learned the ability to truly cook properly and become a more well rounded cook. I was really attracted to this idea and this is fundamentally what drove my decision to choose Attica for my grant location.

I started working two days after I arrived in Australia. As soon as I walked into the back gate of Attica I knew that I had made the right choice. Everyone was friendly, they greeted me right away and many already knew my name.  I was ushered right into the main kitchen to meet Chef and to get a tour of the kitchen. Chef Matt made me feel comfortable right away and he scheduled me to work on “Mains”, which is similar to their sauté or grill station. I felt very privileged to be working in that part of the kitchen so soon! I started off helping the cook who was in charge of the mains station and then exactly at noon we would all get together and make tarts for one of the opening dishes. After that we would have a meeting and discuss the guest allergies for the night and decide who was making staff meal the next day. Then a few of us would go to the garden to pick the herbs and flowers needed for service. I went to the garden almost every day and it still stands out to me as one of the best parts about working at Attica. Staff meal was at 4PM each day. I was in charge of making staff meal twice while I was at Attica, which was a big challenge for me. We were allowed to delegate some tasks but you had to design and create a meal for over 40 staff with varying allergies. I was proud of both staff meals that I produced. During service, which began around 6PM every day I was expected to be in the main kitchen to help plate all of the dishes.

I found very quickly that I enjoyed working the BBQ most.  The BBQ is the area in our backyard where we made lamb souvlaki and entertained the guests. I loved interacting with the customers. I learned how to set up the BBQ and was soon asked to do it at 5:15PM almost every day. It came to be my favorite task.

I was given a lot of different tasks to complete depending on the day and which station needed the most help. I often picked crab to help the larder station and I learned a lot about how to pick multiple different types of crab species. I also was expected to know the garden list so that I could be in charge of all of the things that we picked from the garden. I also helped others with their staff meals, which involved making various curries, cooking rice and practicing my slicing skills by using the mandolin. I was also involved in some of the chef’s creative projects. One day I spent the whole day making a pigeon consommé for a future menu item. I felt like I was given a lot of responsibilities and that I attacked each one with the best of my ability.

I learned so much that I could not possibly write it all down here. I remember the first day, I would ask what a dish was but I was not familiar with at least one or two of the native ingredients. By the end of my stage I was comfortable with all of these native Australian ingredients and was able to know them by taste and by description. Some of my favorites were fruit spice and peppermint gum powder that we made a honey glaze with for the crocodile. I was asked to forage for saltbush and I became quite skilled at identifying which saltbush was good or not based on taste. I learned what marrons are and how to wrap them in kombu for service. I was able to go to the garden and know what native oregano, holy flax and other herbs were and how they tasted. I learned about the differences in the honey that we used and also about green ants and how expensive they are!

I also learned a lot about kitchen etiquette and not to be afraid to ask questions or to ask for clarification, it is better to do it right the first time than to have to redo it.  I also learned that there is an art to incorporating a city’s culture into food. In the neighboring area of Melbourne where Attica is located there is a large percentage of Greek and Jewish people. At Attica, Chef Ben takes pride in incorporating these cultures into his dishes, such as the lamb souvlaki that we served in the BBQ garden. He also used one of his opening dishes, the tarts, to tell the history of flavors and cultures that are evident in this area of Melbourne.

I feel very proud of my overall experience and my achievements at Attica. I was able to make a place for myself at one of the best restaurants in the world and I am very proud of that accomplishment. I went from being the new girl at work to being the go to person for various projects. I quickly made a lot of friends there and they were always willing to answer my questions and put me to work to help them with their daily tasks. I think that Chef Ben Shewry was right in saying that the chefs who work at Attica will leave with a better skill set than when they started. Even though I was only there for two months I am amazed at the different skills that I learned in that short amount of time.  For example, I learned how to make and roll tart dough, pickle many different berries that I had never worked with before, and learn a whole different style of service. I truly developed a love for Australian ingredients and cuisine while I was at Attica. I also fell in love with the country and all that it has to offer. I have made some really great food memories, met some amazing people, and have learned many new skills that I will not soon forget. Attica has changed me as a person and as a chef, and I am so grateful to the Ment’or grant program for making this a reality. 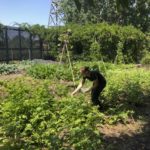 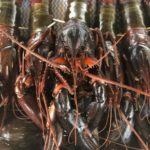 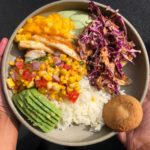 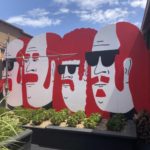 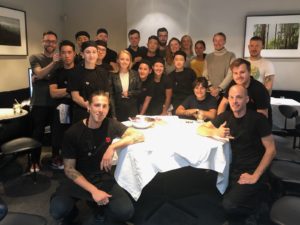