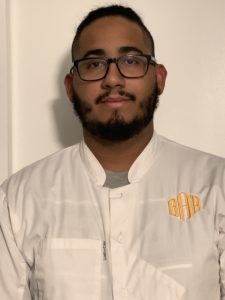 Miguel staged at Mugartiz in Sebastian, Spain. Miguel wanted to experience a different way of thinking and be inspired by the creativity of the dishes.

Mugaritz its located in a remote location in san Sebastian, Spain. The restaurant its surrounded by big grassy fields full of small farms. Located right by the border of France, the restaurant is near one of the best farmers market. I choose Mugaritz because of the way of thinking where its not like any conventional restaurant that I’ve ever been to. It's also always been a dream of mine to work at Mugaritz.  Something about the creativity and the way the dishes are created makes it a one of a kind experience.

Atypical day in Mugaritz will start at about six in the morning for the production team. At arrival the production team is in charge of putting all the orders away and begins portioning some of the mise en place for the lunch service. The service team arrives at 9 to 9:30 am at which time time we will hold a quick meeting. We talk about the previous service what can we do better, about things that were doing in the restaurants, events, and the most important the chefs will look at every single stagiers uniform to make sure it was clean and ironed. Yes, we iron our uniform every day. From there, we did what they called “linea”, which just meant that all the stagiers would set up and do one prep item that would usually take one person 3 hours, but we would all do it together and get done in thirty minutes. After, we would go back to the prep kitchen and the service crew would stay in the service kitchen to start setting up for lunch service.

I started in the production kitchen where we did all the big prep tasks including all the butchering, stocks, fermentations, and some portioning and storage. Since we were all stagiers everyone was at the same level and we all rotated through the stations. At around four weeks most people would change stations and begin working a new one which would require a different set of skills. I was in the production kitchen for three weeks and from there I moved on to the service team. The service kitchen was divided into five stations: first cold, first hot, fryer, josper, and fish/meat. I started in the fish/meat station. Also keep in mind this is not a typical restaurant where you go to get a regular meal. The menu is developed to change with every costumer, so not all costumers will get the same menu. After setting up for service we would clean the kitchen and have family meal. After lunch service we would clean the kitchen once more then go home for a couple of hours and come back at about 6:15 in the afternoon to set up for dinner service. After setting up, we would have a family meal and come back for dinner service which started at eight at night.  After service we would gather in the production kitchen and gather all the numbers for the following day, making sure we knew how many covers we had and how many of each dish we had. Each station had a list of about ten to fifteen dishes, but we would only serve those dishes depending on the availability of the products.

Because of my short time at the restaurant I really couldn’t work any other station, but they allowed me to move around during service to see other stations and help out with mise en place.

During my time in Mugaritz, I learned more things that I could ever imagine. Everything about the restaurant was perfect or as close to perfect as we could get it. The team mentality was beyond anything I could ever imagine. We all became brothers and sisters. There was so much care for every single ingredient and impeccable cleanliness. Everything has a home. The towels are always folded the same way and placed in the same spot all the time, every day. The fundamentals and the dedication of every single person that works there and how you can take a kitchen full of stagiers, some with experience, some still in culinary school, and maintain the same level of quality and professionalism, to me is something I will never see in another restaurant. All the stagiers used to say that “the thing you see here you will only see it  here”.

After Mugaritz, I became more confident, definitely a better person and a better cook, and made lasting friendships. I learned that the philosophy of cooking is the understanding of what creativity really is. It's not only about the accolades and the stars, but more about contributing to the development of food and by making a world a better place through food. 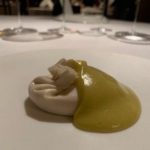 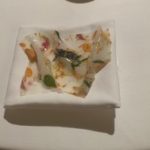 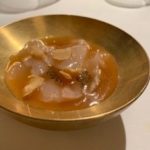 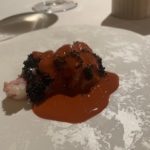 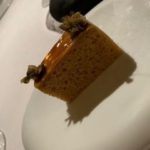 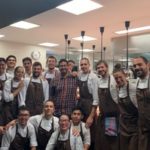 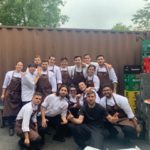