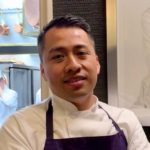 During a 2016 trip to Lyon, France, Oscar remembers dining at L'Auberge du pont de Collonges, commonly known as Paul Bocuse Restaurant, as one of the best experiences of his life. The impeccable service, food and experience was executed perfectly, and Oscar knew that one day, he had to return. So when it came time to select a location to stage for his grant, the decision was simple...

What made you want to Stage at L'Auberge du pont de Collonges in Lyon?

Working in the culinary profession, Monsieur Paul Bocuse is honored and admired by the entire industry. So my decision was simple: I chose to Stage at Collonges because Monsieur Paul Bocuse founded it. I knew that if I could ever have an opportunity to be taught by anyone that was mentored by him, it would be the chance of a lifetime. French culture has always amazed me, and so I wanted to learn more about it and the language, too.

I arrived at L’ Auberge du pont de Collonges the week of the Bocuse d’ Or competition, and as one could imagine, it was an extremely busy week. During that week, I mainly helped prep each station on the brigade. After that week, I normally worked either with the Garde Manger, Poisson, or the Amuse Bouche station. Some days I would also work at L’Abbaye Paul Bocuse, which is a space for big banquet events in Collonges-au-Mont- d’Or. It is also one of the several businesses in the Bocuse group, just a couple of miles from the Collonges restaurant.

Just like many Michelin-star restaurants, we had a pre-shift meeting every morning with one of the chefs to go over what was expected for the day. We would prep for the lunch service for about two hours. During this time, family meal was also prepared. Then, it was time to make sure the entire kitchen was clean before lunch service.

The French take their food culture very seriously. The Garde Manger station was in charge of creating a salad and setting up the table with proper silverware, plates, and glassware before we sat down to eat. I helped out with this task several times. Every meal had to have bread, salad, a main dish, cheeses, dessert, and of course café (coffee!). I quickly grew accustomed to having an espresso at the end of my meal. At the conclusion of every service, the piano (French stove), the backbone of the entire kitchen, had to be cleaned thoroughly - almost everyone in the brigade had to help clean it. We would break for a little while and had to be back promptly for dinner service. The routine for dinner service was the same as the lunch service.

Working at L'Auberge du pont de Collonges, I was exposed to ingredients and flavors that I wasn’t yet familiar with. Ingredients such as black truffles, foie gras, and caviar were used every day. I have always considered myself as a very organized chef, though that changed when I started working alongside other chefs de partie and commis at Collonges! The level of perfection there was always impeccable. I learned how to work more efficiently, and my organization proficiencies and knife skills improved tremendously. Monsieur Paul is known for saying, "Classique ou moderne, il n’y a qu’une seule cuisine… la bonne" or, "Classic or modern, there is only one cuisine ... the good." It is evident in the kitchen that everyone continues to carry on this legacy of Monsieur Paul still today.

Every day since returning from my stage, I feel like I am able to look back and realize more and more just how much the experience taught me. Family is the word that comes to mind. The kitchen at L’Auberge du pont de Collonges is a family, a team, and they work together to present the best experience to their guests as they possibly can. They work efficiently together to achieve the highest quality making sure ingredient is used seasonally. They rooted in me an appetite to continue to explore French cuisine and its ingredients. This all was possible, thanks to the amazing opportunity Ment’or BKB provided me. 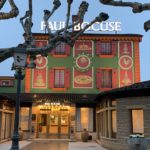 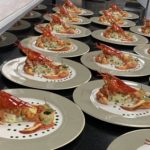 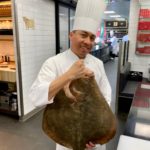 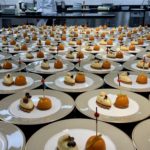 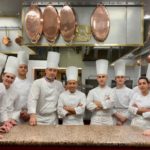 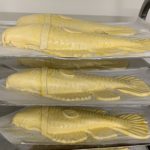 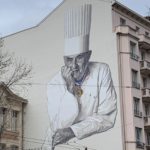 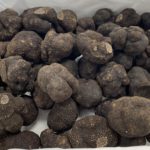