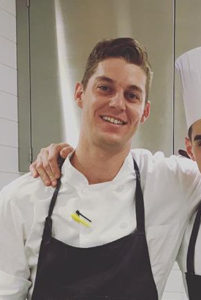 Robert spent his stage at the Michelin-starred El Celler de Can Roca in Girona, Spain. He found the experience quite challenging, and at times, intimidating, but it pushed him to his limits and he wouldn't trade the opportunity for anything else.

What made you want to Stage at El Celler de Can Roca in Girona?

For a long time I have always loved the idea behind the restaurant: three brothers, all masters of their craft, perfecting a restaurant located right next to the one their parents owned in their hometown. I am a big fan of fine dining and I find it to be a very exciting and fun work environment. El Celler has topped the World’s 50 Best list multiple times, and has been incredibly humble in doing so, which I really respect. All three brothers are so generous and kind and I was very eager to meet and work under them.

El Celler de Can Roca is unlike any restaurant I had worked at so far in my career.  There are two chefs de cuisine, only one sous chef, and ten chefs de partie. The rest of the staff is comprised of roughly forty different stages and students completing a trial for their schooling. Each chef de partie is assigned one or two stages to their station for prep and service, and the rest of the stages are sent to production to complete many of the larger projects needed to keep the restaurant moving along. This was quite the surprise to me and I was in no way expecting to be on the pass during my first night plating the main courses on the meat station. I was extremely fortunate to have gotten to work on every station, even pastry!

My friend Sebastiano who I worked with while at Eleven Madison Park (EMP) was the chef de partie of the meat station. It was very cool to be able to work with him again during my first few weeks so he could show me the ropes and translate most things to English for me. Not only was Spanish spoken during service, but the regional language of Catalan as well. I always needed to keep my ears open to try and figure out what was happening. While on the meat station, I was mainly responsible for doing all of the mise en place for the chicken dish. It was a take on a take on a traditional Catalan chicken dish and was the penultimate savory course of the tasting menu. The other dishes on the meat station were ensalada naranja, cigala, ajo blanco, and five one-bite canapés.

While on the meat line there was one thing that immediately stood out to me as something that I could bring back to La Calenda. It is very simple, but can easily take some of our flavors to the next level. A lot of the vegetables, meat, and fish are cooked and smoked in a big wood fired oven. Instead of using ordinary canola or sunflower oil to toss the vegetables and coat the proteins, they use a smoked oil. When the embers of the fire drop below the wood and are still red hot, they are placed in a large pot with a few liters of canola oil, immediately covered, and steeped. Once steeped for about eight hours, the oil is strained through a coffee filter and the oil tastes like a wood fired grill. It is a great idea for La Calenda when we grill any sort of vegetable or fish.

My next station was fish, where we had two different canapes, gambas, anguila, merluza, and a whole roasted scorpion fish for the table. One of the canapés was the single most delicious bite I have ever had in my entire life: miso marinated and fire roasted parpatana with sunchoke, ginger, and a yuzu orange lime vinaigrette. A parpatana is a special muscle in the “neck” of the tuna that resembles that of a well marbled wagyu ribeye. It is extremely hard to fabricate and takes a lot of time to prepare but it is well worth it. I also learned how to properly break down and portion an eel, which was super interesting. My favorite part of the fish line was going back to butchering fish. Having butchered at EMP quite a bit, I finally felt comfortable in what I was doing.

Then, I was on to Garde Manger. We only had three dishes, and my favorite of these dishes was the pastrami with celery root and pickled carrots. Another top dish on the station was comprised of fig, goat cheese, and squash. Something I had never seen before was a super delicious oil made from squash and pumpkin seeds. A lot of the special VIP dishes came off of garde manger as well. Next up was production. Here we cleaned all of the fresh shrimp and langoustines, made stocks, butchered meat and did a lot of the larger vegetable projects. This was a very difficult station and I found that this is where I had to really push the hardest while at El Celler. It was really incredible to see the famous gambas de Palamos and work with them every morning. The shrimp really melt in your mouth and burst with flavor.

My next and final station at El Celler de Can Roca was pastry. I haven’t had the opportunity to work with pastry very much so I was very excited to learn at one of the premier pastry programs in the world under Jordi Roca. I spent my time in the pastry production area, and was also responsible for traveling to Rocambolesc to pick up the bon bons and various other chocolate items from Damian Allsop, who was the original pastry chef at El Celler before Jordi Roca joined the restaurant. On the final day I worked on the line at the pastry station during service and was able to taste a few of the dishes. This was a really cool experience on my final day in Spain: working on the line with all three Roca brothers next to me hanging out in the kitchen.

I began to realize how much I would miss El Celler de Can Roca. Sure, it wasn’t what I was used to at Eleven Madison Park, but it was an amazing experience nonetheless and I wouldn’t trade it for anything else. I was a true outsider in every sense of the word at El Celler. I was completely out of my comfort zone and it was at times very scary. Trying to translate two different languages during the rush of  service was one of the hardest things I have ever had to do and it vastly improved my patience and temperament in the kitchen. There is no time to be frazzled or frustrated or upset or any of those things while in this moment. I simply had to stay calm, give the restaurant everything I had everyday, and try to learn and grow the most I could.

Eventually after gaining the respect of the Sous Chef and the two Chef de Cuisines I felt so much relief and like a mountain was removed from my back. During the first few weeks I was incredibly nervous that I wasn’t performing up to standards and that I was being lost in the large number of other stagiers in the restaurant. When Chef Nacho pulled me aside, spoke English to me for the first time and told me that he was really happy with my work, it was one of the most exciting moments of my career. I want to take all this positive energy and mindset to La Calenda and help Chef Kaelin make it one of the premier kitchens in the Napa Valley. I am forever grateful to everybody at Ment’or for helping to make this happen. This was an experience that I had so many high expectations for and it surpassed all of them by a country mile. Not only did I grow in the kitchen with my culinary skills, but my mental toughness as well, which I find to be just as important. I made lifetime friends from countries all over the world, ate amazing local Catalan food, went to amazing beaches every weekend, and it is all thanks to my past chefs who took time to write letters of recommendation for me, and once again all of the amazing people at Ment’or for giving so much time and effort for such an amazing grant. Thank you so much! 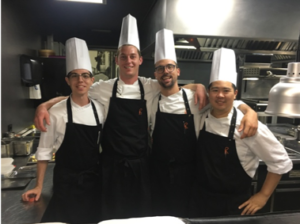 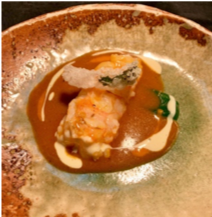 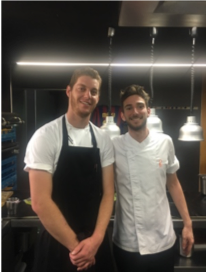 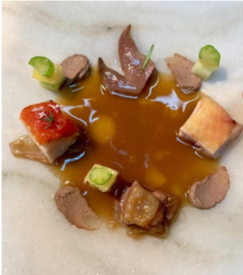 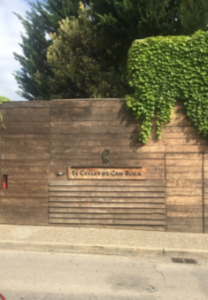 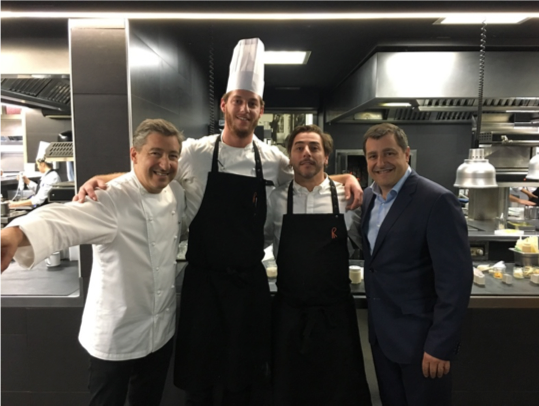