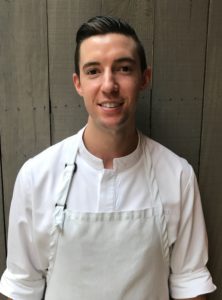 Sean staged at Pavilion Ledoyen in Paris, France and at L’effervescense in Tokyo, Japan. Sean got to experience two different kitchens in different countries where he was able to learn about the food and culture of both countries.

My name is Sean Cahalan and I was awarded the Ment’or grant in 2018. I decided to split up my grant project into two different restaurants in two very different cities. My first month was spent in Paris at Pavilion Ledoyen. My second was spent in Tokyo at L’effervescense. Both restaurants serve french food, but the differences are astounding. Ledoyen seemed to me as a very modern take on classic french flavors. As for L’effervescence, it was more classic french techniques using Japanese ingredients. This was what intrigued me so much about seeing both restaurants. Not to mention experiencing two brand new kitchens, cities, and cultures.

At Ledoyen for the first three weeks I was placed on the banquet team. Not exactly the work I had in mind, but I would say the experience was beneficial. I had not done banquet work since I was at CIA. Between that and a three star michelin restaurant, it was quite an improvement. During those weeks I learned about the organization required to successfully prepare and serve large banquets. Sometimes even three in one day. They also allowed me to work the carving station for a party of three hundred during fashion week. My last week there I spent in the main kitchen, where they served food that I really found intriguing. A highlight for me was the mussel ice cream served with tomatoes and herb oil. A truly outstanding dish in my opinion. I learned how to make extractions which is a technique that Yannick Alleno is famous for. They also allowed me to work on the pass and help plate with the chefs when it got very busy.

At L’effervescence I spent half my time with the savory team and half my time with the pastry team. Most of my time was spent doing prep work. Following service was tough for me because it was all in Japanese, but the cooks got me involved as much as they could. I am very appreciative of that. During my time with the savory team my responsibilities revolved around knife work. Also, I was responsible for the fish butchery which included breaking down Japanese grouper, monkfish, and cod. While on pastry, I made a variety of products including mochi, stollen, peanut milk, and strawberry tarts. At L’effervescence, not only was the food stunning and delicious, but the entire team was incredibly courteous and welcoming. I could not have asked for a more genuinely nice group of people to work with for the month. We went on a field trip to Toyosu market and got a VIP tour which ended in an omakase at one of the most popular sushi restaurants there. They even took me out on Christmas to a few of their favorite restaurants and bars, so I didn’t spend the holiday alone.

Overall I would consider the trip to be a life changing experience. I not only learned about the food of both areas, but the cultures as a whole. I spent much of my free time learning about their histories. I have come to learn that travel is an incredible source of inspiration. I hope to continue to get opportunities to do so. Most importantly, I am incredibly grateful to Chef Yannick Alleno, Chef Shinobu Name, and Ment’or for making this experience possible for me. What this program is doing for young chefs is revolutionary and I am so thankful to have been a recipient. 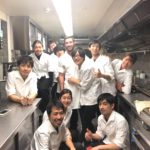 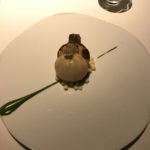 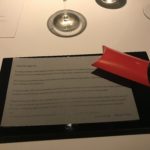 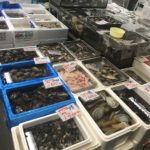 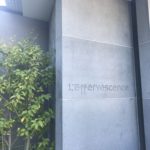 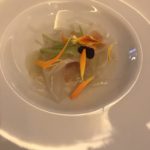 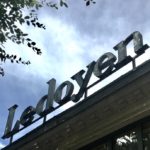