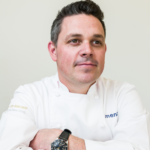 Today, Kaysen helps the next generation of young culinarians refine their skills in the kitchen. He is one of the founding mentors of the nonprofit ment’or BKB Foundation (formerly Bocuse d’Or USA Foundation), for which he currently serves as Team USA’s head coach in preparing for the famed biennial culinary competition that showcases the world’s best up-and-coming chefs. Kaysen brings an intimate knowledge of the Bocuse d’Or competition, as he proudly represented the U.S.A. in 2007. In 2015, he successfully led Team USA to a record-breaking Second Place victory, the first medal and podium placement for the United States. 2015 set the stage for future success, and in 2017 Team USA claimed First Place for the very first time.

Bellecour, Kaysen’s second restaurant, opened in spring 2017. The French bistro is a nod to his friends and mentors Chefs Daniel Boulud and Paul Bocuse, as well as their time spent together in Lyon, France. 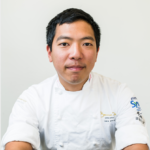 Chef Jeffery Hayashi is Chef de Cuisine of the acclaimed Senia Restaurant in Honolulu, Hawaii. Hayashi, originally from Oahu, moved to Arizona at age four and spent the bulk of his upbringing on the mainland, though visited his grandparents in Hawaii throughout his childhood. While culinary arts were not his passion in his formative years, he spent his time focused on building, art, and creating things with his hands, which led him to study architecture at Arizona State University. After realizing that architecture wasn’t his path, Hayashi serendipitously was introduced to French-Australian Chef Philippe Padovani, who had made a name for himself in Hawaii. Philippe, who had learned cooking by fire in the kitchen, encouraged Hayashi to come and work for him as an apprentice, as Padovani opened his namesake, Padovani Grill. Hayashi, who had never worked in a kitchen before but liked hand crafts, worked for Padovani as an apprentice for a year and a half before moving to Vintage Cave as a commis under Chef Chris Kajioka. Kajioka then convinced Hayashi to join him on the team for Chef Mourad Lahlou’s new restaurant in San Francisco, Mourad, in 2014. Hayashi worked as Executive Sous Chef at Mourad for four years, at which time the restaurant earned one Michelin star, among other awards and accolades for its Moroccan fine dining cuisine. In 2018, Hayashi headed back to Hawaii to work at Senia, the elevated Hawaiian restaurant opened in 2016 by both Kajioka and Chef Anthony Rush, where Hayashi served as the Chef de Cuisine. Senia has garnered national attention, including a pre-opening feature in the New York Times, and Eater named it one of the year’s most anticipated restaurants. Chef Jeffery Hayashi funnels his creativity and hand-crafting solely through his cooking, though his love of the outdoors is where he spends his free time - surfing, hiking, anywhere that he can immerse himself in nature. 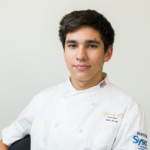 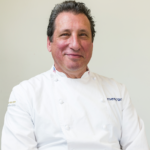 Chef Robert Sulatycky has a long history with the Bocuse d’Or. Representing Canada in 1999, he placed fourth and was awarded the “Prix Viande” or best meat prize. He has since mentored both Canadian and American chef candidates and was honored to be a member of the international jury for the 2007 and 2013 edition of the competition. His culinary career has taken him to the helms of the kitchens of Four Seasons Hotels in Toronto and Chicago. This was then followed by simultaneously leading the brigades at the Beverly Hills Hotel and Hotel Bel Air where he had the pleasure of cooking for Hollywood stars. Chef Sulatycky’s passion for wine has also taken him to Napa, CA where he is the managing director of Mithra Winery. A small production, boutique winery located on Mount Veeder; Mithra has a reputation of producing exceptional cabernet sauvignons. Sulatycky is the president and co-founder of iQKitchen Inc., a technology company that has developed simple and intuitive app based solutions to many of the basic challenges that chefs face in the kitchen. He served as Assistant Coach for Team USA 2017 and Head Coach for Team USA 2019. 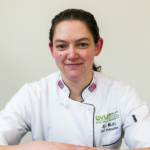 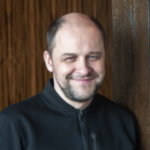 Kastner, born in the Czech Republic, trained as a blacksmith and spent some time restoring historical metalworks at a castle in Western Bohemia before moving on to natural materials design and sculpture. He founded Crucial Detail in 1998, shortly after his arrival in the United States. He is best known for his Alinea serviceware concepts, which landed him on The Future Laboratory's “100 Most Influential Individuals in Contemporary Design” list. Kastner is also the designer behind The Porthole infuser, a beautiful infusion vessel that was originally created as one of many custom pieces for bar chefs at The Aviary in Chicago. The Porthole has been featured in dozens of publications, including on the cover of Food Arts Magazine. It is used in some of the world's most prestigious bars, hotels and restaurants, and it is sold in the Museum of Modern Art store in New York City. Kastner received the 2014 IHHA Global Innovation Award for Best Product Design, and he designed the platter and tools used by Team USA in the 2015 and 2017 Bocuse d’Or competitions that contributed to their first-ever silver (2015) and gold (2017) wins.