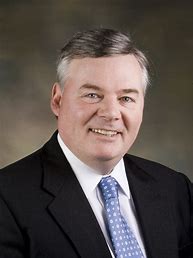 Dr. Tim Ryan has served as president of The Culinary Institute of America (CIA) since 2001. Dr. Ryan graduated from the CIA in 1977 and received bachelor’s and Master of Business Administration (MBA) degrees from the University of New Haven. He earned his doctorate degree in education from The University of Pennsylvania. With the unique background of being a Certified Master Chef and Culinary Olympic champion with an Ivy League doctoral degree, he is the first alumnus and faculty member to rise through the CIA to become president.

In more than three decades at the college, Dr. Ryan has been instrumental in generating the sustained excellence, innovation, and growth that have shaped today’s CIA. His thought leadership has guided The Culinary Institute of America to a position of prominence on such important matters as health and wellness, world flavors, food ethics, and sustainability.

As president, Dr. Ryan broadened the reach of The Culinary Institute of America by establishing two new campuses. In 2008, the college opened a CIA campus in San Antonio, TX emphasizing Latin American cuisines and the tremendous opportunities in the food world for the growing Latino population. Two years later, The Culinary Institute of America celebrated the grand opening of the college’s first international campus in

Under his leadership, the CIA has established landmark professional programs, including the college’s collaborations with the Harvard T.H. Chan School of Public Health to create the “Menus of Change,” “Healthy Kitchens, Healthy Lives,” and “Worlds of Healthy

Flavors” conferences. Core CIA offerings have also been expanded to include the annual “Worlds of Flavor® International Conference and Festival” at the CIA’s Napa Valley campus. Worlds of Flavor is widely acknowledged to be our country’s most influential forum on world cuisines, food cultures, and flavor trends.

Dr. Ryan’s presidency builds on his history of leadership in culinary education and the foodservice industry. Working as a successful chef and restaurateur, he was recruited back to his alma mater in 1982 to serve on the faculty and to develop and run the CIA’s ground-breaking American Bounty Restaurant. Chef Ryan was also the captain of the

U.S. Culinary Team, leading the group to victories at the first Culinary World Cup (held in Luxembourg) and the Culinary Olympics (held in Germany) against teams of talented chefs, selected by their respective countries, from all around the globe. Drawing from our rich culinary traditions, Chef Ryan’s teams featured highly innovative approaches in preparing American ingredients. To this day, no other American team has been as successful in international competition. For his work in the American Bounty and with the U.S. Culinary Team, Tim Ryan is recognized as a pioneer in the American cuisine movement.

Tim Ryan is well-known throughout the hospitality world. He holds the distinction of being the youngest national president of the American Culinary Federation (ACF), elected at age 36, and the youngest chef to receive Master Chef Certification from the ACF, at age 26. In 1998, Chef Ryan was named the ACF Chef of the Year. He has also served as ACF vice president, president, and chairman. He currently serves on the Board of Trustees of the National Restaurant Association Educational Foundation and is a Director of the National Restaurant Association.

Named “One of the 50 Most Powerful People in Food” four times by Nation’s Restaurant News, Dr. Ryan has received awards from virtually every food industry organization. He is especially proud of being one of five Americans ever to receive the Presidential Medal from the World Association of Chefs Societies and his induction into the James Beard Foundation’s Who’s Who of Food & Beverage in America.

A native of Pittsburgh, PA, Dr. Ryan was honored in 2019 as one of “The 50 Greatest Pittsburghers of All Time” by Pittsburgh Magazine, among world-renowned luminaries such as Jonas Salk, Andy Warhol, Fred Rogers, H.J. Heinz, Martha Graham, Roberto Clemente, and Andrew Carnegie. He lives in Hyde Park, NY with his wife Lynne and their children, Jackson, Sawyer, and Mutala.