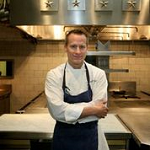 Chance of a lifetime for Bocuse d’Or chef Philip Tessier

MILAN, Ohio — Gavin Kaysen likes to tell the story of the time he went to a wedding in Sweden. He got into a conversation with a tablemate and revealed that he had once represented Team USA at the Bocuse d’Or culinary competition. The other guest was flabbergasted.

“You must be very famous in America!” he exclaimed, amazed.

Kaysen, the chef at Cafe Boulud in New York, explained that, no, Americans generally don’t pay much heed to the world’s premier international cooking competition.

This biannual event brings together two-man teams from 24 countries around the globe. During two days of brutal competition in a packed arena, knives will flash, fires will flare and gorgeous platters (some of which cost as much as a Maserati) will be paraded through the cheering crowd before being fed ceremoniously to a panel of judges. Think of it like “The Hunger Games” with less blood and more butter. No American team has ever placed higher than sixth.

“People ask me all the time why they should care, ” says Young Yun, executive director of the Bocuse d’Or USA Foundation. “I always say to support the team like any other sport, to give recognition and show appreciation for the culinary arts in America.”

The 15th Bocuse d’Or in January 2015 will take place, as it always does, in Lyons, France, — the city associated with legendary chef Paul Bocuse, who created the event in 1987. Team USA will consist of team leader Philip Tessier, executive sous chef at the French Laundry in Yountville, Calif., and his commis, Skylar Stover, a young assistant. They have already spent months in expensive training, which requires massive amounts of fund raising.
Plating food in the Culinary Vegetable Institute kitchen

To that end, Tessier and Kaysen found themselves in this tiny Ohio town one March evening, preparing a grand multi-course meal. This bacchanal fundraiser took place at the Culinary Vegetable Institute, an event and learning facility associated with The Chef’s Garden, a farm that supplies vegetal perfection to America’s top restaurants. About 80 people packed the room to try dishes prepared by Tessier, Kaysen, Eli Kaimeh (chef de cuisine at Per Se in New York), Curtis Duffy (chef and owner of Grace in Chicago) and a handful of other chefs who rank at the very top of the food chain.

Before the meal, Kaysen recalled his 2007 competition as he trimmed a bag of just-dug pearl onions.

“Yeah, that’s sexy, ” he said, admiring the purple onion with its intact green shoot in his palm. “This will be a beautiful garnish on a plate for this dinner, but it would never fly at Bocuse d’Or.”

Kaysen, who serves as coach to Team USA along with Chicago chef Grant Achatz, says training involves a lot more than cooking. Before the competition, each team receives a “tech sheet” describing the two platters — a fish and a meat — that they must prepare. Specified are the number and kinds of garnish, as well as the equipment that can and cannot be used. They can then begin turning their ideas into recipes and practice the steps. But that’s just the start of the training.

“We did a dry run in Lyons, ” says Kaysen. “We went over to live the life of a competitor. You need to stay in the hotel. You have to get the commis, who often has never been outside of the country, comfortable going to the store to get water.”

Even then, the team may not be prepared for every problem. “My year we couldn’t get any adaptors for our equipment, ‘ says Kaysen, “so we had to run out and buy [appliances] just before the competition.”

Because the presentation platters spend eight minutes getting paraded around the room, teams come up with different strategies to keep the food warm. BMW designed a bespoke platter with concealed heating coils for Team USA in 2007.

Even with all of this, Kaysen says “we’re basically the Jamaican bobsled team showing up for this thing.” The super-well-funded Norwegian team, for instance, arrives with several thousand fans in tow.

Much like the architects of “The Hunger Games, ” the Bocuse d’Or committee likes to throw up last-minute game changing hurdles. After years of requiring presentation platters for both fish and meat, they instead asked for 12 individual portions of fish last year. Then, they required the use of a green-market ingredient, shopped for that day.

“I’ve always seen this as a dream, but someone else’s dream, ” says Tessier, a Virginia native who has worked for the French Laundry’s Thomas Keller for 10 years. But after witnessing the competition in 2013, he knew he wanted to give it his best shot. “If I can’t do it right, I won’t do it.”

Last year Team Japan won for a meat presentation so surpassingly gorgeous that the arena gasped at first sight.

Tessier, who’s working next to Kaysen, put chunks of freeze-dried bordelaise sauce in a blender and pulverizes it. When the time comes, he will reconstitute it and serve it with the bacon-wrapped monkfish on the evening’s fund-raising menu. Might this figure into his menu for Bocuse d’Or?

Tessier has taken a leave of absence to train full time. He has reviewed and taken copious notes on past competitions. He writes weekly reports for his coaches. He’s working closely with Achatz, whose dishware designer will create the plates. And soon he’s off to Lyons for the trial run.

But first he will be the star at a dinner in the rural Midwest that has attracted benefactors from all over the country. He has to cook. Is this anything like what he will encounter in France in January.

“Well, the skills are the same, ” he laughs. “But there will be a different kind of time pressure.”

– by John Kessler for the Food & More blog