Grant Achatz on How Bocuse d’Or is Influencing Chefs 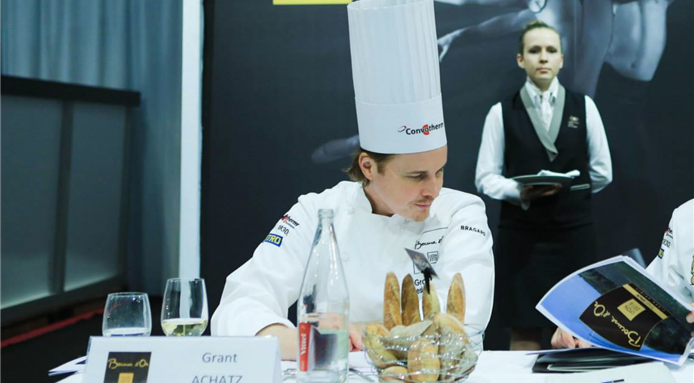 The gastro dust has settled after the Bocuse d’Or culinary competition in Lyon – two days of epic cooking by 24 teams from all over the world, each competing for the prestigious gold statue created by the legendary French chef Paul Bocuse.

Taking part in Bocuse d’Or is a huge task with chefs usually leaving their jobs for the two years it takes to perfect their dishes. It’s a life consuming undertaking and one that no chef should accept lightly, just ask the Danish born chef Rasmus Kofoed who is the only person to achieve Bronze, Silver and Gold. He dedicated nine years of his life to the competition and admits to loosing a girlfriend along the way.

In 2015 it was the Norwegian team with chef Orjan Johannessen who took the top podium position but the stand out performance of the entire competition came from Team USA.

Manned by chefs Philip Tessier and Commis Skylar Stover, the USA team put a seventh position performance in 2013 behind them to bounce back and claim their first ever place on the podium with a silver medal – something they were evidently delighted with as they celebrated on stage. 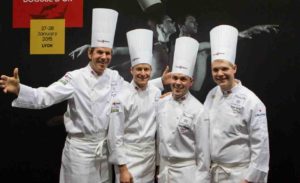 “Few people will ever realize how much time, effort and resources goes into this competition, said Tessier after the event, “so many people are involved in so many levels to make it all come together and it takes an incredible amount of self-discipline and determination. The hardest part is without a doubt pushing through the disappointments and set backs that occur throughout the process. I surrounded myself with a core group that helped keep our momentum moving forward and press on despite the discouraging moments.”

It was a significant performance for a number of reasons but mainly because, in a competition historically dominated by Central European gastronomy and more recently the Nordic regions, the U.S. not only managed to compete but to stand out, jump five places from 2013 and show the world that they mean business – serious ‘Bocuse-d’Or-style’ business – they were only nine points off gold. 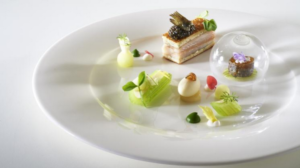 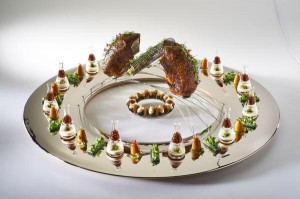 Their technicality and execution wowed the jury and the announcement they had scored so highly came as no surprise to people seriously considering the entries. Grant Achatz – honorary president of the competition – looked genuinely happy as he read out the name of Team USA. He explained his excitement after the event, “While it is easy for the media and the restaurant industry in general to overlook the importance of the Bocuse d’Or in today’s world of cooking shows and the rise of chefs as “celebrities”, the relevance and popularity of the Bocuse d’ Or in the USA is growing rapidly… You have a powerhouse Culinary Council that is amazing. Look at this list….no other country has that. It’s impressive.”

The council he speaks of includes greats chefs like Thomas Keller, Daniel Boulud, Gavin Kaysen, Gabriel Kreuther, Dave Beran, Jerome Bocuse and Richard Rosendale. A stellar lineup brought together to do a job after Paul Bocuse asked Keller the simple question, ‘will you help get the USA on the podium? However, this win doesn’t come with the signing up of some big name chefs, no matter how great they are, it requires months and months of people giving up their regular work to coach, craft new tools, inspire and, most importantly, practice, practice, practice! 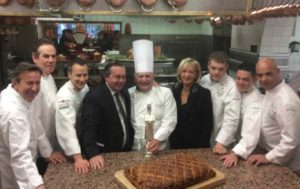 Is it really worth it? Achatz certainly thinks so and believes the competition and the way it influences gastronomy in the industry is only set to grow. “For example, Rasmus Koefed of Geranium has medaled three times and his restaurant has 2 stars and 42 on the top 50 list. When I ate there this past fall, it was clear that his style is directly influenced by the Bocuse d’ Or. There is a certain precision indicative of the Bocuse that permeates the aesthetics. Is that a good thing? Does it inspire Rasmus? Does it influence him to take a different path vs. the homogenous plating that you can find in Chicago, NYC, Paris, Copenhagen, Asia, and San Francisco? I’ve been guilty of this as well at Alinea, Next and The Aviary and I think that anything that pushes chef’s to move into new and interesting directions is an fantastic motivator both for the way we make things taste and how we present our food.”

“I know I was influenced by what I saw this year, and we will see some of that creativity at Alinea in the near future. The mock chicken foot that the Germany did was awesome, and made me think of ideas for Alinea.”

Achatz firmly believe that Bocuse d’Or and its influence will have some far reaching affects on chefs around the world, especially after the competitions switch in 2015 from some of the traditional platters to more restaurant style plating. “The other thing I think might be interesting is the influence from seeing the platter work at the Bocuse d’ Or and how that might make it’s way back into restaurants. We have spoken before about what is old becomes new very quickly, the cycles of the world’s best restaurants and the importance of being new. I think chefs will embrace the philosophies, aesthetics, and approach that is prevalent in the Bocuse d’ Or as creative jumping off points for their restaurants. Everyone looks to the 180-degree opposite of what is going on “right now” for the “next thing”.” 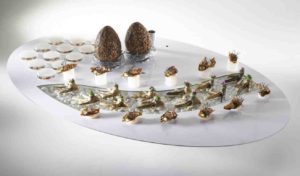 “I think elements of the theatrics, complexity, service, and multi-facet presentation, might start to come back into play. Think about some of the best dishes you’ve had in the last year. I had amazing tableside or tabletop “presented dishes” at Noma, Geranium, Amass, Narasawa, Takazawa, Per Se, Ekstedt, EMP and The Clove Club recently that could have perhaps been elevated by a “Bocuse Mentality” in terms of presentation.”

As we start to see some of this influence appearing in more restaurants around the world over the next few tears, Team USA will surely be behind the scenes working even harder and stronger in preparation for Bocuse d’Or in 2017, something Tessier prefers not to discuss at the moment: “You’d think people would cut you some slack before asking you if you are going to come back. I keep telling people its like asking a woman who’s just been through labor if she’d like to have another child. For now it is enjoy the moment and spend some much needed time with family. Oh, and also try not to think about those 9 points we were short of gold.”