Meet the Chef Representing Team U.S.A. at the Olympics of Cooking 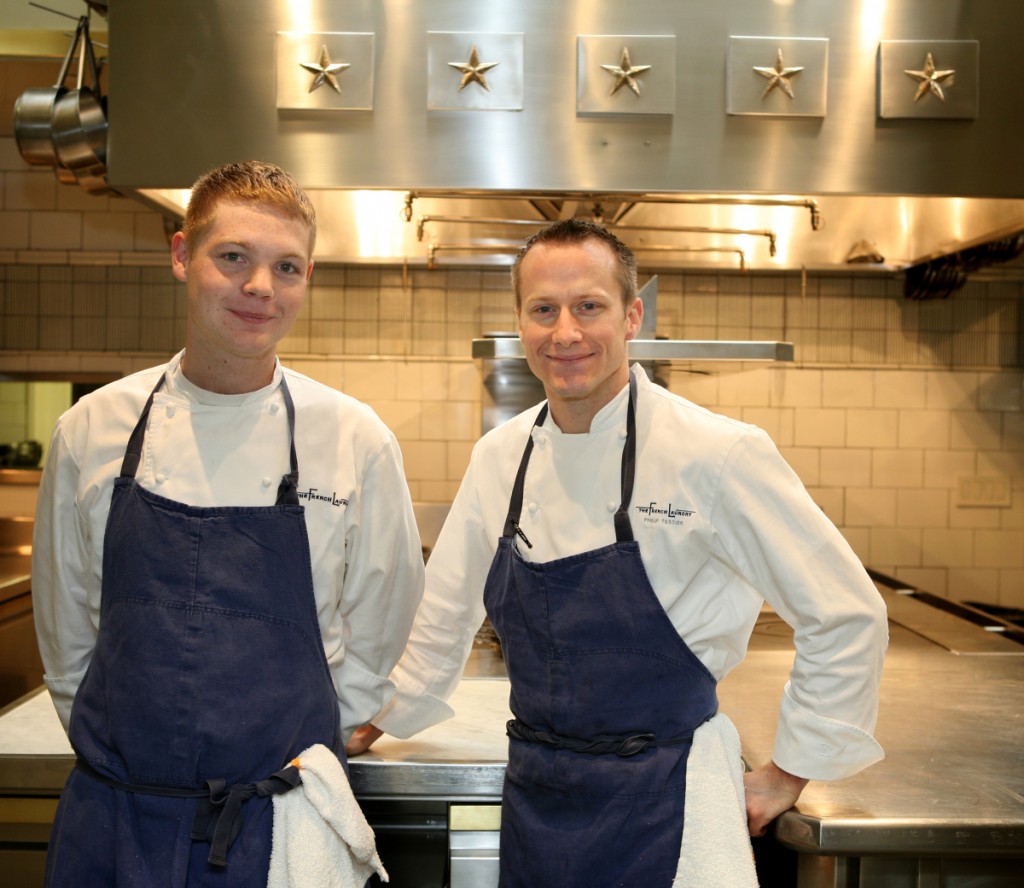 The competition kicks off Jan. 27

While millions of Americans tune in to reality competitions like MasterChef Junior and The Taste, few are aware that the biggest championship in cooking is about to take place: the Bocuse d’Or, widely considered the Olympics of haute cuisine.

Every two years, chefs from around the world converge in Lyon, France, to prove their prowess to an exacting panel of judges. Each team of one chef and one commis (or assistant) cooks the same meat and fish — this year, guinea hen and brown trout — and tries to impress the judges with unique presentation and use of secondary ingredients from their home countries. France has won seven times in 14 competitions; an American team has never even taken home the bronze medal.

Naturally, this year’s Team U.S.A. hopes to change that. Philip Tessier, 35, Executive Sous Chef at The French Laundry in Yountville, Calif., will be assisted by his commis Skylar Stover, 22, who also works in the kitchen there. Twelve teams will cook for nearly six hours on Jan. 27; another dozen will compete on Jan. 28, with winners being announced at the end. The entire event will be live-streamed.

The pair have spent the last year training intensively for their program, a process that includes everything from honing technique to endurance training at the gym. “I want to look back and know I did everything I possibly could to be ready for it,” Tessier says, “so maintaining a sense of physical discipline is certainly going to be a benefit to us.”

As for planning the actual dishes they will serve, Tessier has had some help from a team of coaches in the Ment’or program, the American organization that selects and trains Team U.S.A. for the Bocuse d’Or. Among the mentors: their French Laundry boss, Thomas Keller, as well as Daniel Boulud and several competitors from previous years.

While many young chefs are eager to strike out and lead their own restaurants, Tessier has always valued the education that comes with working for a great chef. From his culinary beginnings at the Williamsburg Inn in Virginia, to his training at the Culinary Institute of America, to stints in France, to working at powerhouse restaurants like Le Bernardin, Per Se, Bouchon and finally The French Laundry, he’s been satisfied to take his time climbing the ladder. “We have too many students come out of [culinary] school that want to be a sous chef the next day,” he says. “You can do that, but my old chef used to say, ‘I’d rather be at the bottom of the top than the top of the bottom.’ I think that is a great way of saying, take your time to get there.”

This kind of patience and precision will serve him well at the Bocuse, where fastidious technique is valued above all.

Over the last several months, Tessier and his team of mentors have honed their plans for presenting the guinea hen and brown trout. They can use garnishes on both the fish plate and the meat platter — partly with produce provided in Lyon, but ideally also making use of ingredients from their home country. For Danes and Germans, this means shipping fresh fruits and vegetables from just a few hours away, but for the U.S. team, it’s a logistical nightmare.

“Part of the whole thing is they want to see the country represent their country,” Tessier says. “So obviously, the argument is you need your own food to do that. [But] is that mustard flower going to be intact three days later, 5,000 miles away? It’s pretty questionable. That’s our challenge.”

The team did a training run on shipping in November, and the produce held up well, giving them hope that they’ll have similarly good results this month.

Unfortunately, even if Tessier and Stover do beat the odds and place in the top three, the prize may not mean as much back home as it does for their competitors. When former Team U.S.A. chef Gavin Kaysen was at a dinner party in Sweden and his companions found out he’d been in the Bocuse d’Or, they assumed he must be very famous in his country. “Over there,” Tessier says, “when you come home with a bronze, you’re a national hero. It just shows you that reverence for gastronomy and history and tradition is very deeply seeded there — and it’s becoming increasingly so here.”

For Tessier, it may take bringing home a gold medal to finally teach Americans about the high-pressure stage that is the Bocuse d’Or.