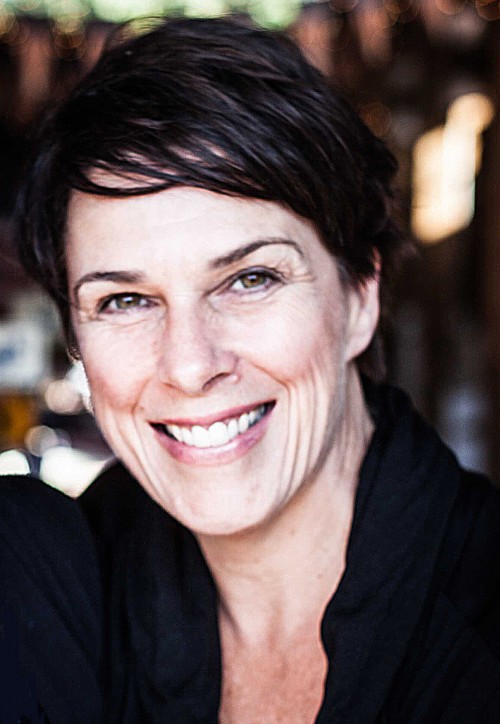 Regarded as one of Boston’s leading chefs and restaurateurs, Barbara Lynch fell in love with the classics and masters of cuisine at a very young age.  She had her first cooking job when she was 12 and in high school she realized she wanted to become a professional chef one day.

During her early twenties, Barbara worked under some of Boston’s greatest culinary talents.  She later traveled to Italy where she learned about the country’s cuisine firsthand from local women.  Upon returning to Boston she became the executive chef at Galleria Italiana.  Then in 1998, Barbara opened a restaurant of her own, No. 9 Park, in Boston’s Beacon Hill neighborhood which quickly garnered rave reviews.  She has since expanded her presence in Boston with the opening of several other restaurants.

As a winner of several culinary awards and a member of The Bocuse d’Or USA Culinary Council, Chef Lynch judged the Bocuse d’Or Commis and Finalist Competition in 2012.  She has received the AAA Five Diamond Award and the Forbes Travel Guide’s Five Star Award. She is also currently the only female chef in the United States to hold the distinguished title of Grand Chef Relais & Château.

Bocuse d’Or USA:  When did you first start cooking?
Barbara Lynch:   I got my first “cooking” job at the age of 12, working in the rectory kitchen where I prepared the priest’s dinners.  I started cooking professionally in my early twenties.

Marco because of his ability to achieve so many starts without formal training.

Alain Ducasse because of his knowledge and experience in various kitchens before branching out on his own and creating a thoughtful, brilliant empire.

Joel Rubochon because his food is simply amazing.  The Atelier blew me away and the fact that he came out of retirement and made such a change in Paris was inspiring.

Marchesi was so ahead of his time and I love that.  He was the only chef experimenting with techniques and style way back when.  I dined at his restaurant at least three times in my early twenties and each meal just blew me away.

Bocuse d’Or USA:  When did you open your first restaurant?
Barbara Lynch:   In 1998 I opened No. 9 Park in Boston’s Beacon Hill neighborhood.

Bocuse d’Or USA:  What makes a great chef?
Barbara Lynch:  First-drive and passion.  But a great chef must also have the ability to teach, delegate and be a great leader in the kitchen.  Equally important, one must be curious and eager to continuously learn, experiment, and hone one’s skills.

Bocuse d’Or USA:  How did you develop your personal cooking style?
Barbara Lynch:   I am self taught and had an opportunity to go to Italy when I first started working in restaurants.  I was in my early twenties and I had never been out of South Boston, let alone the country.  I must have read The Foods of Italy by Waverly Root at least five times before I even traveled to Italy and was blown away by his knowledge of each region in Italy and descriptions of the food, culture, and traditions.  When I made it to Italy, the book truly made sense.  The markets, the ingredients, the techniques; I ate and cooked and really fell in love with Italian cooking.  I wanted to learn as much as I could about Italian cuisine and after 10 or 11 years I felt I mastered it and then it was time to dedicate myself to French cuisine and focus on refinement and precision so I bought the Ducasse book which was in French (I did not speak or read the language so I slowly translated the text) and devoured the photos along with Joel Rubochon’s book Mastering French Cuisine.  I loved the lighter style of French cuisine incorporated with a touch of Italian.  So I guess my style is a blend of French and Italian — there is refinement and elegance but also fresh approachability.

Bocuse d’Or USA:  How has your personal cooking style changed over the years?
Barbara Lynch:   I have grown since my early years of cooking and I like to think I’m always evolving.  For me now, less is more and it’s about perfecting your craft.

Bocuse d’Or USA:  What does “American Cuisine” mean to you?
Barbara Lynch:  Well, we’ve come a long way but I think the exciting thing about American cuisine is the possibility.  We have access to brilliant ingredients and artisans in this country and while there are regional traditions and a respect for technique, there is open-mindedness for creating and innovating.

Bocuse d’Or USA:  Why are you a part of the Bocuse d’Or?
Barbara Lynch:  It is an absolute honor to be a part of Bocuse and one that I could never have imagined for myself growing up in South Boston!

Because of the very few women who have competed in this incredibly challenging competition of the classics, I view it as a fantastic opportunity to spread the word to the many talented young cooks – especially female cooks, who could grow personally and professionally.

I fell in love with the classics and the masters at a very young age and I truly think this knowledge is elemental for anyone who wants to grow in the culinary field.  To provide an opportunity for the next generation of cooks and chefs to be mentored, hone their skills, and compete at this level is wonderful.  While I love to focus on the future and innovation, I certainly believe that in order to “play” one must first master the classics and the ethos of this organization which supports and furthers that.

Bocuse d’Or USA:  What advice do you have for young chefs and restaurateurs who are just getting started?
Barbara Lynch:   Always try to continue being inspired by passion and maintain tunnel vision- if you have a dream, go for it! Its your vision, so the biggest challenge is to make your vision come to life.  Believe in yourself and the team you build, self confidence is not so easy so that’s where the tunnel vision comes in handy! I’ve always love that saying, “do what you love and money will follow”, and so far, it’s worked for me.

Thank you to Chef Lynch for taking the time to answer our questions. To learn more about her, check out barbaralynch.com/people/barbara-lynch