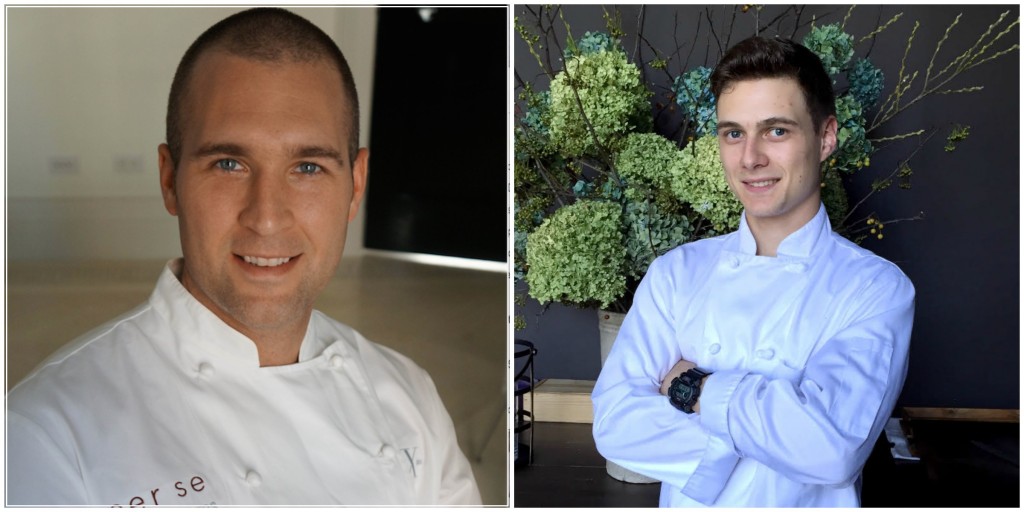 Team USA selected for the 2017 Bocuse d’Or in Lyon, France

The national selection event took place yesterday at the glamorous Venetian Hotel and Palazzo in Las Vegas. Modeled after the actual Bocuse d’Or competition, four teams participated in a live 4 hour 35 minute competition culminating in elaborate food presentations before an esteemed chef panel. Guests cheered on their favorite teams, mingled amidst the sponsor displays and enjoyed gourmet snacks from the Norwegian Seafood Council and Urbani Truffles topped off with Pommery champagne.

Leading the training program is 2015 Bocuse d’Or Silver Medalist and Team USA Head Coach, Chef Philip Tessier. By him will be Chef Gavin Kaysen, himself a former contender in the Bocuse d’Or and the Foundations’ Board of Directors, Chefs Daniel Boulud, Thomas Keller and Jérôme Bocuse.

Chef Gavin Kaysen says, “I am thrilled for Chef Peters on his victory in today’s competition. The Bocuse d’Or is the most prestigious and difficult global cooking competition. He demonstrated great technical skill and it will now take countless hours of training if they want to achieve the podium. I look forward to standing by head coach Chef Phillip Tessier and helping them achieve our goal for gold for
the first time ever in 2017.”

Chef Peters hails from Meadville, Pennsylvania. At 19, he enrolled in culinary school at Le Cordon Bleu in Pittsburgh. Upon graduation, Chef Peters moved to Naples, Florida where he worked for the Ritz Carlton in the infamous Dining Room. After years of honing his skills in Naples, he set his sights on New York City at Adour Alain Ducasse. He continued to work there until he was offered a position at Per Se in 2009. Shortly after he became a sous chef at Per Se, Chef Keller offered him the opportunity to work as a sous chef at his flagship restaurant, The French Laundry. He spent over 2 years at The French Laundry, and was promoted back to Per Se as the Executive Sous Chef in February 2012.

Chef Mathew Peters says, “I am honored to have been chosen to represent the United States. The teams competing with me are experienced professionals and I am humbled to have had the privilege of being in their company. I am excited for the year to come and getting us on the podium again.”

President of ment’or, Chef Thomas Keller, says, “I’ve had the privilege of knowing and personally working side-by-side with the past three teams. All of us at Per Se are extremely thrilled for Chef Peters and Commis Harrison and we look forward to mentoring him in the coming year.”

A prize for Best Commis was awarded to Commis Tyler Peer, The Broadmoor, CO.