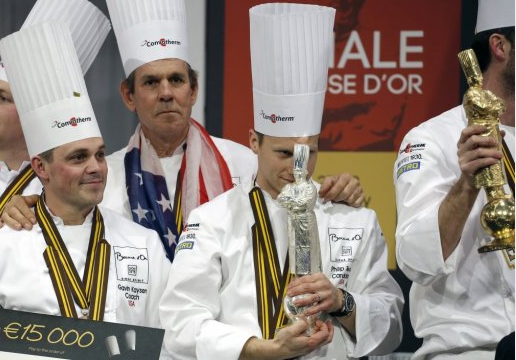 At long last, it was a dream finish for Team USA in France.

Over the past two days, 24 chefs representing 24 countries have competed in the Bocuse d’Or, the culinary equivalent of the Olympics, held every two years in Lyon, France.

For the first time ever, the United States earned a spot on the podium, taking second place. In a competition typically dominated by Europe, it’s the highest finish ever for the Americans — by a longshot. Prior to this year, the Americans have never placed higher than sixth, when former French Laundry chef de cuisine Timothy Hollingsworth finished sixth in 2009.

As in the past, there was a local connection with this year’s competitors, the French Laundry duo of chef Philip Tessier and his commis (assistant) Skylar Stover. They have both spent the last year training in Yountville for the competition, which requires cooking for five and a half hours in a stadium of manic, flag-waving fans; as you can see from the photos above, it’s an intense competition. Each team presents a panel of judges with a meat platter and a fish platter, using the year’s chosen proteins (this year, guinea hen, and brown trout, respectively) with ingredients from their home country; judges from each country grade the technique, the appearance and flavor of each dish.

Over the past decade or so, the Team USA production has steadily turned into a machine, led by the nation’s culinary leaders. The coaches for Team USA are renowned chefs Grant Achatz, Gavin Kaysen, and Gabriel Kreuther, and the Bocuse d’Or USA board is led by the likes of Thomas Keller, Daniel Boulud, and Jerome Bocuse, among others.

But it hasn’t been easy, with years of frustration for the Americans. So this year’s triumph — even if it’s just the podium — should be especially sweet, particularly for coach Gavin Kaysen, the celebrated chef who finished 14th in 2007 amid very little national support and then spearheaded the team’s renaissance.

Some shots of the Team USA platters, via social media: 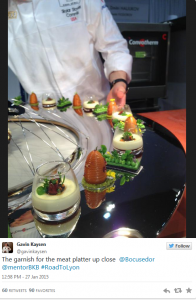 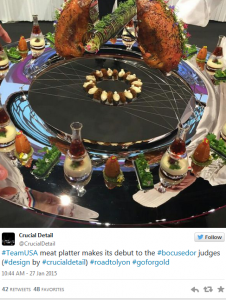 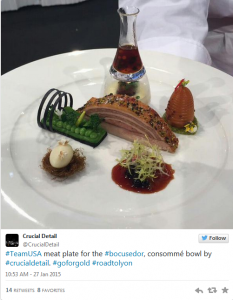 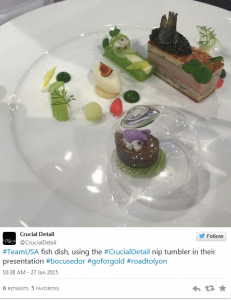 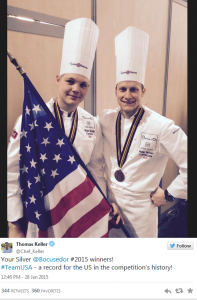 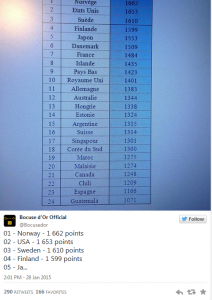