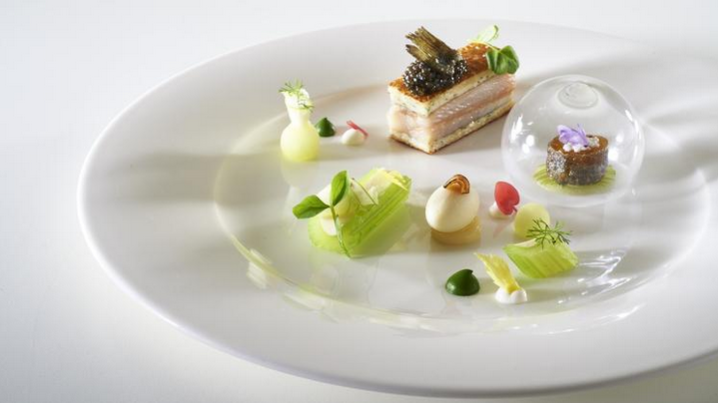 It’s been a long dry spell, but the U.S. culinary team is finally bringing home a ribbon from the Bocuse d’Or cooking competition. The French Laundry’s Phillip Tessier, aided by commis Skylar Stover, took second place in the bi-annual cook-off, which is held in Lyon, France, and is named for its favorite son, chef Paul Bocuse.

This is the first time in the competition’s 27-year history that the U.S. has earned a ribbon, though it wasn’t until the last decade that chefs Thomas Keller and Daniel Boulud began to mount a serious push, raising money and sponsoring competitors.

Traditionally, the competition has been dominated by Scandinavian cooks, and this year’s first-place winner is Orjan Johannessen from Norway — the fifth time a Norwegian has won. Tommy Myllymaki from Sweden finished third.

The U.S.’ previous top finish was sixth, taken by Tim Hollingsworth in 2009. Hollingsworth, who was also working for the French Laundry at the time, is now in Los Angeles cooking barbecue at Barrel and Ashes and will be part of the team at the as-yet unnamed restaurant at the new Broad museum downtown.