U.S. Cuisine Starts the Year on a High Note 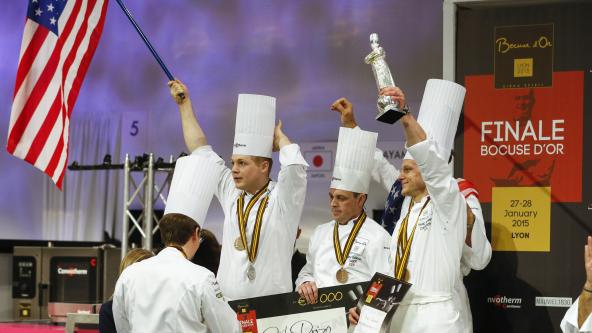 Team USA placed second in the 2015 Bocuse d’Or, the culinary equivalent of the Olympics, marking the first time Americans ever stepped on the podium of the nearly 30-year-old competition.

Twenty-four aspiring culinary artists representing 24 countries had 5.35 hours to prepare a meat recipe to be and a fish recipe. They are ranked based on several criteria including the quality of ingredients, taste, presentation, geographic originality, hygiene as well as waste optimization.

This year Norway won first place, while Sweden placed third. France has been honored 10 times, the most of any country. Norway is close behind with eight wins. However, the U.S. had never placed better than sixth in previous years.

U.S. cuisine has made significant progress in recent years and has received strong recognition from all over the world. This achievement in Lyon comes nearly a year after seven U.S. restaurants made the list of the world’s 50 best restaurants, coming out a winner as the most represented country overall.